It sounds like Bill O’Brien wouldn’t need much convincing to rejoin the Patriots as an offensive coordinator.

But is Bill Belichick going to make the call?

With New England’s offense still struggling, many are wondering whether Matt Patricia could be removed as play-caller during the offseason. Belichick seemingly opened the door for Patricia’s eventual demotion during a Monday morning WEEI interview, but walked back those comments Tuesday morning while also leaving himself plenty of wiggle room.

O’Brien, currently working under Nick Saban at Alabama as the Crimson Tide’s offensive coordinator, was floated as a potential Josh McDaniels replacement last offseason and again is seeing his name connected to the Patriots. Recent reports indicate the former New England OC and Houston Texans head coach is eying a return to the NFL, but Belichick recently said he hadn’t talked to O’Brien in “a while”. Multiple reports last offseason indicated Belichick didn’t pursue a reunion with O’Brien both to preserve his relationship with Saban, a close friend, and to avoid a scenario in which O’Brien would sign on to run New England’s offense only to leave for another head coaching opportunity in a couple of years.

Boston Sports Journal’s Greg Bedard, who spent an entire training camp with O’Brien while he was with the Texans, offered insight into the situation during a Tuesday appearance on 98.5 The Sports Hub’s “Felger & Mazz” show. Bedard reported that O’Brien would welcome a return to the Patriots, but also wondered whether Belichick’s insistence on not addressing the issue until after the season ultimately could leave him empty-handed.

“Bill is not making any moves,” Bedard said before clarifying he was referring to both Belichick and O’Brien. ” … Now, I haven’t talked to anybody directly involved. But I know enough people in the circle to know what’s going on. I think that Bill O’Brien is waiting for his phone to ring. I think that he would be open to coming back (to New England). And I don’t think anything’s happening on that front.”

Bedard added: “Now, knowing Belichick, he’s probably like, because of his relationship with (Nick) Saban, ‘I’m not even reaching out to Billy until Alabama’s season concludes.’ … He’s probably waiting for that. … But I’m afraid that he might be late. What if somebody’s more proactive?”

Bedard then speculated that the Las Vegas Raiders and Tennesee Titans both could make sense as potential landing spots for O’Brien, should he return to the pros.

In any event, this storyline will be worth following in the weeks and months ahead. Unless the Patriots’ awful offense experiences a major turnaround in the next five games, calls for Patricia to lose his job only will grow louder.

Whether Belichick will take the loss or stick to his guns is anyone’s guess.

New England will look to get back on track next Monday night when it visits the lowly Arizona Cardinals. After that, the Patriots will prepare for a Sunday afternoon road matchup with McDaniels and the Raiders. 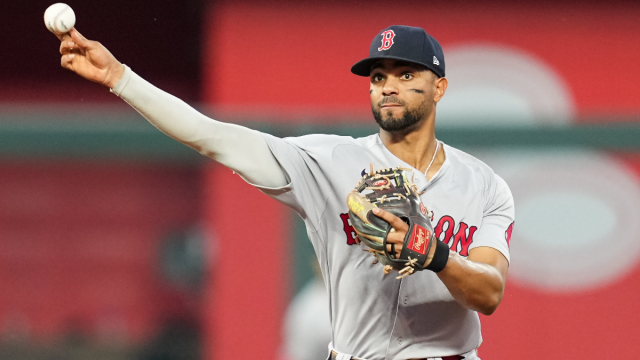 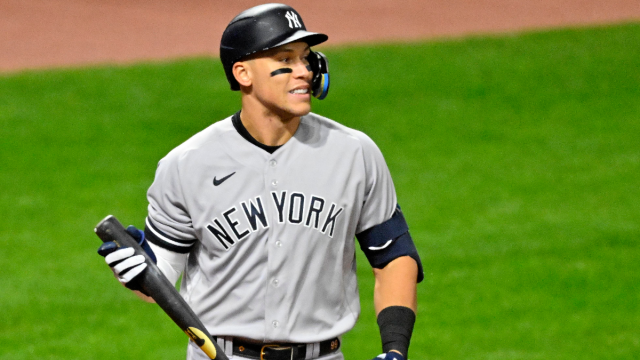 Everyone Made Same Joke After Yankees Re-Signed Aaron Judge