The Boston Bruins’ historic start to the season has been defined by multiple things.

Linus Ullmark was the star of the show early on, helping Boston jump out to an 18-0 start on TD Garden ice and eventually arriving to a 24-2-1 record with a .937 save percentage, both of which top the NHL.

David Pastrnak then led the offensive charge, teaming up with his Czech Mates to form one of the most offensively prolific lines in the NHL.

Now, it’s been the defensemen’s turn to lead the charge.

Over the course of Boston’s five-game winning streak, which it continued with a 4-0 win over the San Jose Sharks on Sunday night, Bruins defensemen have done it all — while catching the attention of head coach Jim Montgomery.

“I thought we did a really good job checking and not giving up any odd-man rushes,” Montgomery told NESN’s Jack Edwards and Andy Brickley postgame. “I though our d-corps, right from the start, did a great job of keeping pucks alive, pitching pucks in the offensive zone and then on possession — you know it’s about going wherever you see open ice.

“As long as we have one defenseman at the top, inside the dots, then anyone can be free to go wherever he wants.”

Montgomery also added that he feels teams become “deflated” by goals from his defensemen, per 98.5 The Sports Hub’s Ty Anderson, especially when they come from Hampus Lindholm and Charlie McAvoy — who don’t play together.

— Over the course of Boston’s five-game winning streak, Bruins defenseman have combined to score 16 points, including six goals.

— Jeremy Swayman came on with just under 12-minutes remaining after Ullmark’s skate blade broke off in the crease of his own net. He made one save in 2:28 on the ice.

“That’s the first time that’s ever happened to me,” Ullmark said after the fact, as seen on NESN’s postgame coverage. “To be completely honest, I have no idea what the ruling was.”

Ullmark was asked about the potential of a goalie change on the fly.

“That would have been fantastic, but it’s never going to happen.

— Sunday was “Make-A-Wish Night” at TD Garden where the Bruins hosted a number of recipients for a day with the team.

— The Bruins will head up north to begin a five-game road trip Tuesday. They’ll start by taking on the Montreal Canadiens for the first time this season at Bell Center with puck drop scheduled for 7 p.m. ET. You can watch the game, plus an hour of pregame coverage, on NESN. 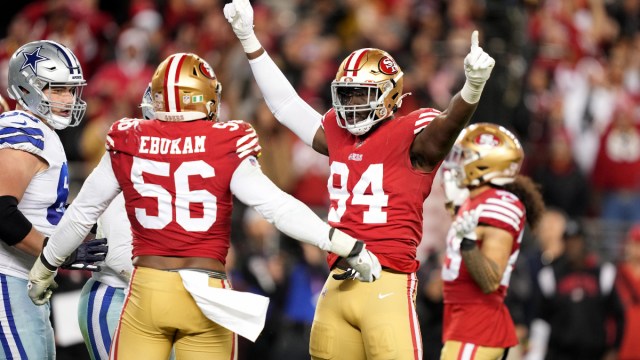 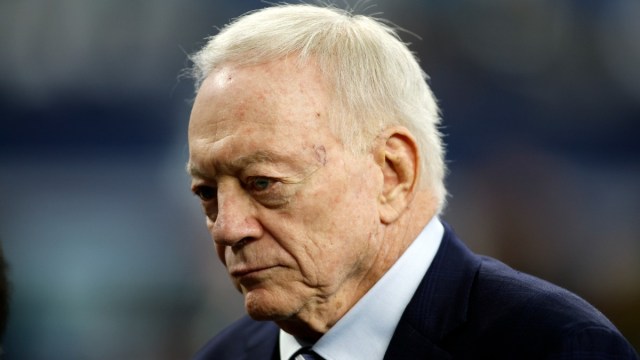