The Sun were not one of the first franchises in WNBA history, but they have made their stamp since their inception in 2003.

Prior to their move to Connecticut, the Sun were the Orlando Miracle. The franchise ran from 1999-2002 before they called Uncasville their home since the 2003 season.

The Sun have been one of the more consistent franchises in the WNBA. The team enjoyed sustained success in its early years prior to a brief lull in the mid-2010s. Unfortunately, the franchise has been unable to win a WNBA Championship in their four appearances.

Connecticut has had multiple All-Stars throughout the years but only four players have had their numbers retired by the team. Here are those franchise legends in order of jersey number:

Dydek is the tallest WNBA player in history at 7-foot-2, and she used her size well. Her career began when she was drafted first overall in the 1998 WNBA Draft by the Utah Starzz, who later became the San Antonio Silver Stars. The Sun traded for the center during the 2005 WNBA Draft in exchange for their first-round pick, Katie Feenstra from Liberty University.

She anchored a Connecticut team that finished first in the regular season during her first two seasons. The Sun fell to the Sacramento Monarchs, 3-1, in a best-of-five WNBA Finals in 2005, and they lost to the Detroit Shock, 2-1, in a best-of-three conference finals in 2006.

It was in her second year in Connecticut that Dydek was named to the WNBA All-Star Game. In her three-year career with the Sun, Dydek led the league in total blocks, which she did nine times in 11-year WNBA career. She also led the league in blocks per game in 2006 and 2007, which she did eight times in her career. Dydek is the WNBA’s all-time leader in blocks with 877 in 323 games

Connecticut needed a franchise cornerstone in its early years, and Whalen was exactly that. The Minnesota Gophers product was drafted fourth overall in the 2004 WNBA Draft, and she led the Sun to the WNBA Finals in her first two years with the team, falling to the Seattle Storm and the Monarchs, respectively. Whalen played the 2005 WNBA Finals while dealing with a left knee injury.

Whalen was named to the WNBA All-Star Game in 2006, but 2008 was her best year with the Sun from an individual accolade standpoint. She led the team to the No. 2 spot in the Eastern Conference, led the league in assists with 5.4 per game and finished runner-up in MVP voting behind Candace Parker. Whalen earned All-WNBA First Team honors for her 2008 season.

The All-Star was traded to her hometown Minnesota Lynx, where she would win four WNBA Championships. Whalen was a finalist for the Women’s Basketball Hall Of Fame and finished her career as the league leader in career games won with 323.

Douglas was with the team during its transition from Orland to Connecticut. The wing defender was part of the 2004 and 2005 Sun teams that made a run to the WNBA Finals, but 2006 was her personal breakout year. She averaged 16.4 points per game and was voted to her first WNBA All-Star Game, where she won MVP.

Douglas was named to the WNBA All-Defensive First Team as well, and she earned the same honor in the following year. In 2007, she was fifth in the league steals with 65, seventh in scoring with 577 points and 12th in assists with 125 helpers.

The Sun traded Douglas to the Indiana Fever, where she won the WNBA title in 2012. The All-Star wing finished her WNBA career in Connecticut in 2014. Douglas was a five-time All-Star, three-time All-WNBA selection and five-time WNBA All-Defensive team player in her 14-year career.

Sales was a leader for the franchise from its inception. The forward was assigned to the Miracle in the expansion draft in 1999 and stuck with the team when it moved to Uncasville.

She was part of the ’04 and ’05 teams along with Whalen and Douglas, and prior to missing 12 games in 2006, Sales started in 248 consecutives games, the second-longest streak in WNBA history.

The UConn Huskies product averaged 14.2 points, four rebounds and 1.4 steals in her nine-year WNBA career. Sales was an eight-time WNBA All-Star and was named to the All-WNBA Second Team in 2004, when she co-led the league in steals with 75 in total and 2.2 per game. 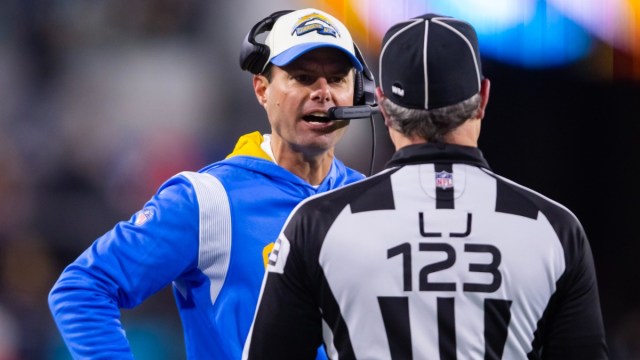 Brandon Staley Pushes Back On Job Security Amid Testy Exchange 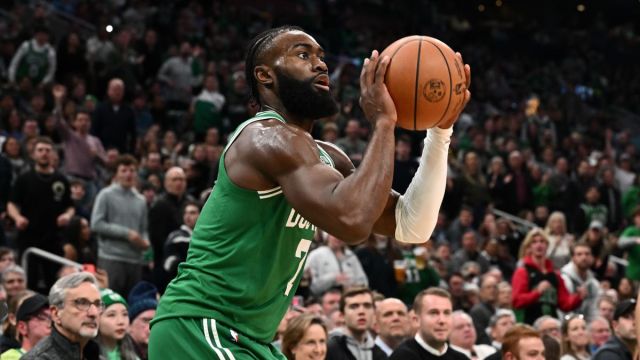