Did WWE Tease The Rock's Return Before 2023 Royal Rumble? Skip to content

There’s long been speculation about a potential WrestleMania match between The Rock and Roman Reigns.

Could WWE finally be planting the seeds ahead of the 2023 Royal Rumble?

The internet was buzzing Monday after WWE tweeted a video of the top 10 returns in “RAW” history, which just so happened to feature The Rock at No. 1.

Of course, the return in the video took place back in 2011, with The Rock showing up to host WrestleMania XXVII. But it still had fans wondering whether we might soon be in for a similar treat. The Royal Rumble is set for Jan. 28 at the Alamodome in San Antonio, Texas, and The Rock returning as part of the premium live event would be one way for WWE to start building toward a match between him and Reigns at WrestleMania 39 at SoFi Stadium in Inglewood, Calif.

Then, there’s also the official Royal Rumble poster to consider.

Again, this could be a total coincidence. But as some have pointed out, the poster features a whole bunch of lightning bolts. And The Rock, as WWE fans know, is the self-proclaimed “most electrifying man in sports entertainment.” Maybe this is a subtle tease?

Sure, it’s probably a stretch. But wrestling fans-turned-internet detectives aren’t afraid to latch on to perceived breadcrumbs, especially in wake of Bray Wyatt’s return following a lengthy “White Rabbit” buildup.

The Rock vs. Roman Reigns is the biggest match WWE could book for WrestleMania 39. Not only is there a natural connection, with them being real-life cousins and Reigns dubbing himself the “Tribal Chief” and the “Head of the Table.” WWE also is expected to pull out all the stops when “WrestleMania Goes Hollywood,” and The Rock is a global superstar who would move the needle in the mainstream media.

There are plenty of ways WWE could go about building toward such a main event. But until something is official, we’re left to search for clues — even if they seem a bit farfetched on the surface. 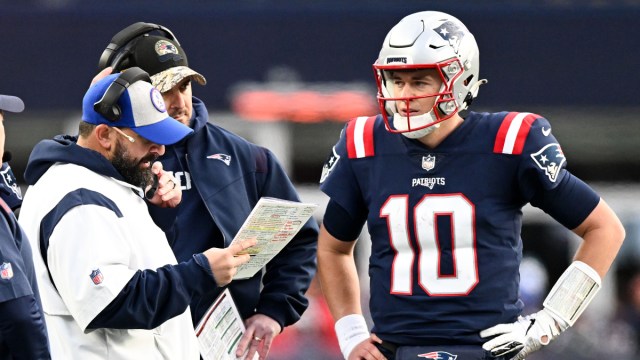 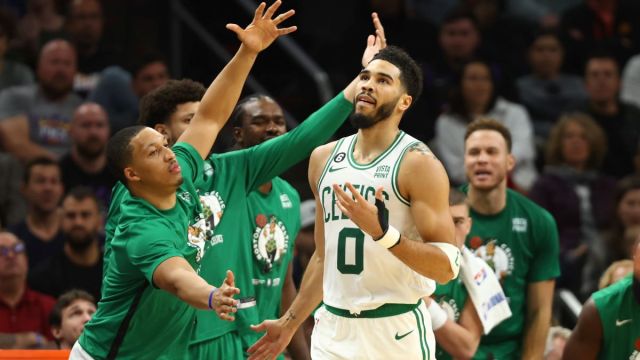 Where Celtics, Jayson Tatum Stood Out In NBA Midseason Survey