The Cowboys throttled the Buccaneers on Monday night, and Kendrick Perkins wasn’t the least bit surprised.

Dallas cruised to a 31-14 win over Tampa Bay at Raymond James Stadium in the teams’ NFC wild-card matchup. It was a somewhat fitting end of the season for the Bucs, who once again were forced to put all of their eggs in Tom Brady’s basket and hope the future Hall of Fame quarterback could lead them to victory.

But as was often the case over the course of the regular season, Brady and company looked out of sync for the bulk of the contest and weren’t really able to get anything going until it was too late. Perkins harped on Tampa Bay’s mediocrity as Dallas put the finishing touches on its playoff win, but the former Boston Celtics big man didn’t do so without taking a dig at Brady.

“The Buccaneers have been borderline average all year and Tom Brady is a whole senior citizen,” Perkins tweeted. “Who the hell in their right mind thought they had a chance tonight! Carry the hell on…”

Time will tell what’s next for Brady, who will turn 46 before the start of the 2023 NFL season. The seven-time Super Bowl champion was noncommittal about his future after Monday’s loss, but recent reports suggest it’s a matter of where Brady will play next season, not if.

As for the Cowboys, they’re onto the divisional round where they’ll meet the second-seeded San Francisco 49ers on Sunday night. 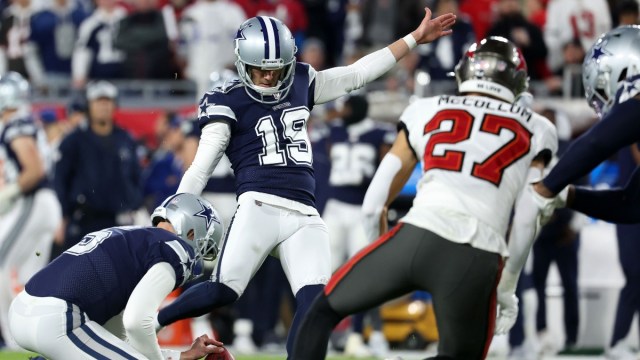 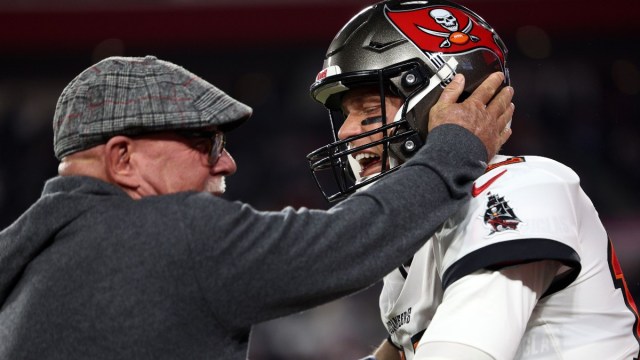