Is the origin story of San Francisco 49ers quarterback Brock Purdy the start of greater things to come?

In fact, Whitner offered a wildly premature take on Purdy and drew a connection to the one and only Tom Brady. As Whitner mentioned in his scalding hot take, Brady and Purdy share one key similarity — their career starts. Like Purdy, who began the season as a third-string quarterback, Brady played backup to then New England Patriots quarterback Drew Bledsoe back in 2000. This resemblance in football career starting points was all it took to prompt Whitner to offer his bizarre stance.

“Hear me out, hear me out,” Whitner said, per NBC Sports Bay Area video. “Brock Purdy is the second coming of Tom Brady. … If Brock Purdy takes the 49ers to the championship and ultimately brings the Lombardi back to the Bay Area, I think that we can go ahead and crown him as a starter for the 49ers for the next decade. Think back to when Tom Brady replaced Drew Bledsoe.”

Yet, to Whitner’s credit, so far Purdy is off to a strong start.

After being selected with the final pick in the 2022 NFL Draft, Purdy made nine starts following the injuries to Lance (ankle, Week 9) and Jimmy Garoppolo (foot, Week 13). Purdy proceeded to lead San Francisco to an 8-1 record through said stretch which carried into the playoffs against the Seattle Seahawks (Wild Card) and Dallas Cowboys (Divisional Round).

On Sunday, Purdy has the opportunity to add a few finishing touches on his impressive out-of-the-blue emergence with the 49ers. Matched up against the Philadelphia Eagles, the 23-year-old can punch San Francisco’s ticket to the Super Bowl with a chance at their first Lombardi trophy since 1982.

“Now it’s gonna be Brock Purdy replacing Trey Lance — the No. 3 pick. But it’s all predicated on the next two ball games. Brock Purdy is the second coming of Tom Brady.”

Brady, with seven Super Bowl titles and an established Hall of Fame resume under his belt, sent Purdy an encouraging message prior to taking the field for the biggest game of his life. 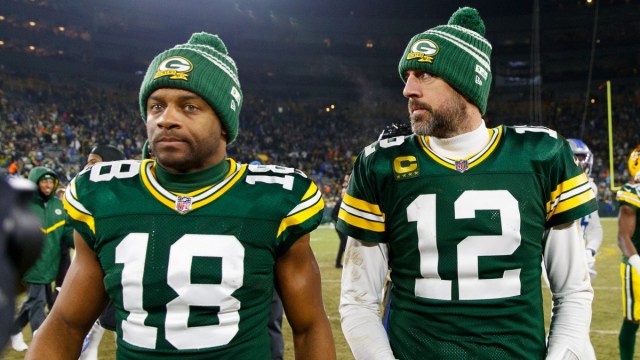 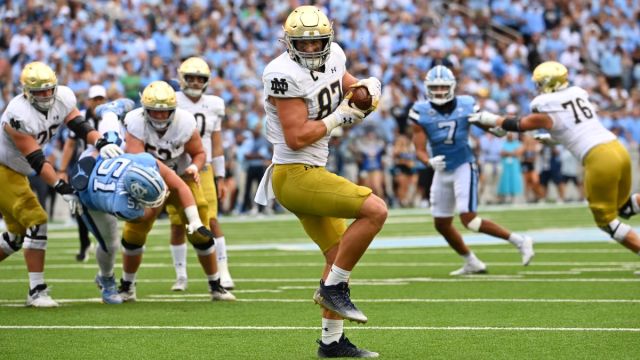 NFL Mock Draft Has Patriots Adding To Offense In First Round