The New England Patriots coaching staff, though it is far from being finalized, is set to earn a leg up on the competition in the early stages of the NFL draft process.

The Patriots have been chosen to coach one of the two All-Star rosters at the 2023 Shrine Bowl. Wide receiver/kick returners coach Troy Brown will serve as the head coach while cornerbacks coach Mike Pellegrino and safeties coach Brian Belichick jointly lead the defense and assistant receivers coach Ross Douglas serves as offensive coordinator.

The younger and more inexperienced members of New England’s staff will get a great opportunity to take on larger responsibilities and help coach some NFL draft hopefuls.

On Monday, the Shrine Bowl officially announced its rosters, in which the Patriots will get a first-hand look at a number of intriguing prospects.

Zay Flowers, WR, Boston College
We start with some local flavor, as one of the top wide receiver prospects in the class will work first hand with Brown and Douglas on the offensive side of the ball. Flowers, who totaled 200 catches for 3,056 yards and 29 touchdowns in 46 games at BC, is expected to go within the opening two rounds in April, and perhaps even sneak into the back end of the first.

Flowers has a slighter frame at 5-foot-10, 172 pounds, but is a threat at all three levels and was electric with the ball in his hands as a college player. The most intriguing part about Flowers’ game? In watching him, it feels as though he was just able to scratch the surface of his potential in an inconsistent Eagles offense.

Brenton Cox Jr., EDGE, Florida
Cox’s draft stock has been on a rollercoaster ride throughout the last two seasons. Once seen as a future first-round pick after transferring from Georgia, the Florida product had an unceremonious end to his career as he and head coach Billy Napier decided to part ways with games remaining.

At 6-foot-3, 253 pounds, Cox has the ideal size and strength to play the run at the next level. There are questions as to whether he can hold up as a pass rusher. Athletically he’s got what every team is looking for, but there needs to be some considerable fine-tuning if he’s going to reach his ceiling. The Shrine Bowl presents a wonderful opportunity for both the Patriots staff and Cox to grow with each other.

Luke Schoonmaker, TE, Michigan
It’s about time the Patriots start looking toward life without Hunter Henry and Jonnu Smith, as New England’s heavy investment into the tight end duo is hampering the franchise more than helping it. Luckily for Bill Belichick and company, they’ll get to work with a more than serviceable prospect from a Patriots feeder program.

Schoonmaker has the ideal NFL body at 6-foot-5, 250 pounds, and will enter the NFL as one of the best run-blocking prospects at his position. Can he provide something more dynamic than blocking and running seam routes? Well, that’s easier said than done.

Myles Brooks, CB, Louisiana Tech
Talk about fitting the Patriots to a tee. Brooks left the FCS (Stephen F. Austin) for Louisiana Tech in 2022 and immediately became one of the most feared corners in Conference USA. Eventually, quarterbacks just stopped throwing in his direction.

The 6-foot-2 corner has great size, but will need to prove himself against receivers like Flowers to truly stand out and improve his draft stock.

Jaxson Kirkland, OL, Washington
Kirkland could have very well been a second-round pick if he declared in 2022, but an injury kept him around for another season at Washington. Instead, the behemoth offensive lineman played out his sixth season of eligibility and finds himself at a cross roads.

At 6-foot-7, 330 pounds, Kirkland has the size to play both guard and tackle, but his play strength on the inside is lackluster while his athleticism at tackle leaves a lot to be desired. Is he a Patriots fit? Not necessarily, but seeing how New England uses him at the Shrine Bowl will certainly be interesting.

Tyrus Wheat, LB, Mississippi State
Is he a linebacker? Is he an edge defender? Who knows, the one thing that is for certain about Tyrus Wheat is that he’s a solid football player. The 6-foot-2, 270 pounder can rush the passer, stop the run and play in coverage, though he isn’t elite in any one area.

Essentially, he’s the perfect player for New England to coach in advance of the draft.

It’s simple, really. Moody comes from Michigan, was the best kicker in college football over the last two seasons and Nick Folk isn’t getting any younger. New England’s succession plan at kicker needs to be put in place, and we all know the Patriots would rather be a year too early than a year too late. 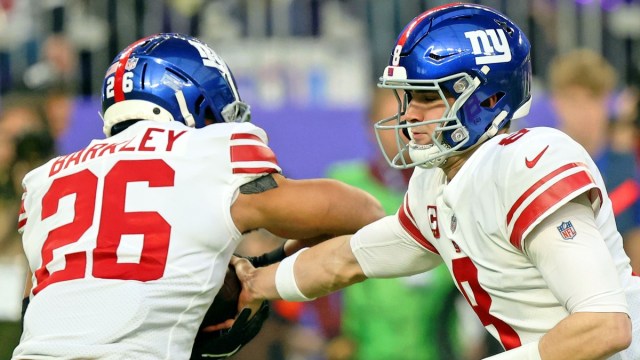 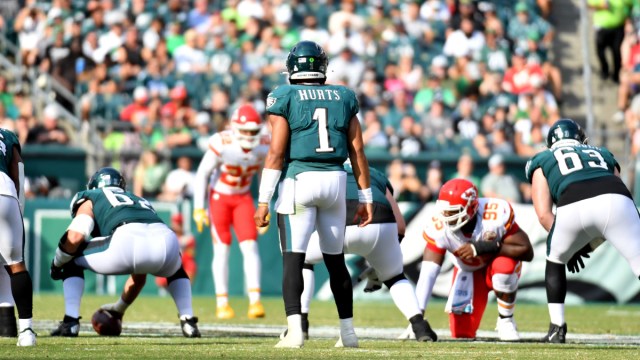