“Stone Cold” Steve Austin remains one of the top stars in the history of professional wrestling, and WWE could bring back the former world champion at WrestleMania 39.

There has not been any steam to another Austin match, but the 58-year-old posted a video on Instagram on Monday working out, and it created some intrigue.

Austin wrestled in his first match in 19 years at WrestleMania 38 when he faced off against Kevin Owens in a “No Holds Barred” match. It was one of the highlights of 2022, and the “Texas Rattlesnake” showed he could still go in the ring and could still captivate a crowd.

Again, there is not a whole lot of steam when it comes to another match. Austin had long denied any interest in a return for nearly two decades before last year, so it’s not something to completely rule out.

This year’s edition of the “Show of Shows” is marketed as “WrestleMania goes Hollywood,” so it’s clear WWE wants to make this event the biggest it possibly can be.

It’s why there are hopes for Dwayne “The Rock” Johnson to appear and take on his real-life cousin Roman Reigns. It’s why John Cena could appear, and it’s why Austin is a candidate for a special appearance.

But a match with Austin isn’t for just anybody. Here are six possible superstars that should be considered for a potential match.

AJ Styles
This could be tough to pull off because Styles revealed on Dec. 31 that he suffered a broken ankle at a live event. There is no timetable for his return, but April would be pushing it. However, in ideal conditions, Styles is a great dream opponent for Austin. The 45-year-old arguably is the best in-ring worker of his generation, having put on fantastic matches at Ring of Honor, TNA and New Japan Pro-Wrestling. Styles established himself well as a mainstay in the company since his arrival in 2016, and if Austin wants to go 2-for-2 on great WrestleMania matches in his comeback run, Styles wouldn’t be a bad choice.

John Cena
There are better dream matches that are available for Cena, but if WWE wants to make a splash, Austin versus Cena would do it. His matches against The Rock at WrestleMania 28 and 29 did incredible business for WWE, and the same would be true for a match against Austin. WWE loves to invoke its different eras whenever it can, and what better way to do that than have the face of the “Ruthless Aggression” era go up against the face of the “Attitude Era.”

Dwayne “The Rock” Johnson
The pairs’ match at WrestleMania 19 ended so perfectly that it would seem wrong to revisit the encounter. Then again, Shawn Michaels and Austin appeared to have ended their in-ring careers perfectly before making their respective in-ring returns. If left on their own, Austin and Rock can find a way to make the fourth WrestleMania match in their iconic rivalry a memorable one. It might be pushing it, but if WWE could get their cake and eat it too with two matches featuring The Rock in Reigns and Austin, then it’s a big win for the fans.

Cody Rhodes
Let’s invoke some history with this one. Austin wrestled Dustin Rhodes in his early years in the business in USWA and more frequently in WCW. Austin credits Dusty Rhodes for inspiring him to become a pro wrestler and what a full circle moment would it be than to wrestle his son, Cody. WWE has started to document Rhodes’ road to recovery from a torn pectoral, and it would be a surprise if he didn’t show up at the Royal Rumble on Jan. 28. He might win it, too. That doesn’t necessarily rule him out for a match against Austin, though, since WrestleMania is two nights. Rhodes has balanced the old-school style of pro wrestling with the modern style, and he surely would love the challenge and opportunity of working with Austin at the grandest stage.

Brock Lesnar
WWE could invoke some positive history or look to a negative part of its history. Austin infamously walked out of the company in 2002 after refusing to lose to Brock Lesnar for a King of the Ring qualifying match on Raw. The reasons for this decision vary depending on who you ask and when they were asked. Austin claimed he had no problem losing to Lesnar but felt it was wrong for a then rookie to get a win over a big star like himself on free television. Others felt Austin simply didn’t want to lose at all, though Lesnar doesn’t hold a grudge over the incident. In retrospect, Austin has expressed regret over his decision to walk out on the company. The two are at different stages in their respective careers, but it’s still a dream match fans would want to see. The dynamics would be interesting as well due to how much of a star Lesnar has grown into over two decades. Now, who would take the fall in the match is another story.

Seth Rollins
There are very few bigger full-time stars in the company than Rollins. He has helped carry the men’s division in place of his part-time colleagues, including Reigns, who has taken on a lighter schedule during his world title reign. Rollins has been feuding with Austin Theory for the United States Championship, but he has proven himself to be a versatile performer that can work with whatever has been given to him. The contrast between his flamboyant persona and Austin’s no-nonsense attitude would provide a great build-up to WrestleMania. And Rollins can deliver in the ring. One of the most iconic WrestleMania spots is Randy Orton’s counter to the curb stomp into an RKO at WrestleMania 31, and Rollins and Austin could try to replicate that with a curb stomp counter into a Stone Cold Stunner. 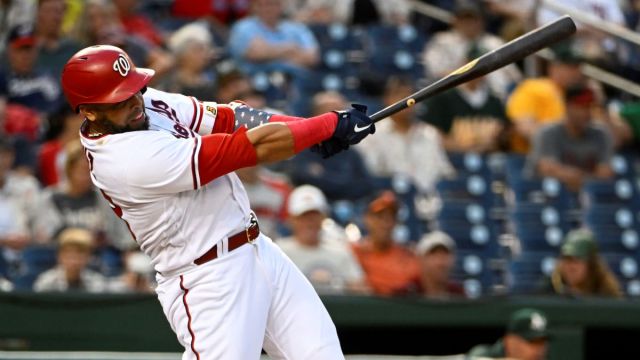 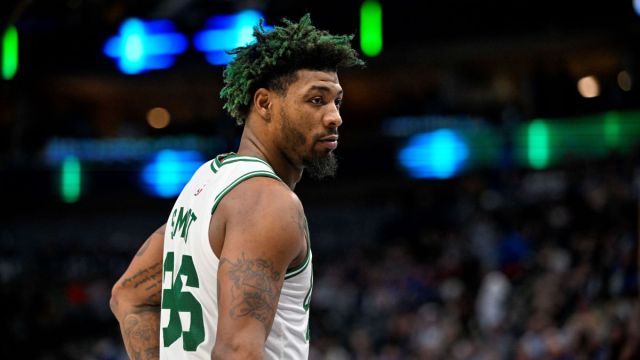