The Patriots took a significant step toward rescuing their half-dead offense Tuesday by reportedly hiring Bill O’Brien as that unit’s new coordinator.

Unlikely Matt Patricia and Joe Judge, who drove New England’s offense into a roadside ditch this season, O’Brien is a proven commodity, having called plays and coached quarterbacks for multiple teams at the NFL and college levels. Most notably, he did both for the Patriots from 2009-11, and New England boasted one of the league’s most efficient, highest-scoring offenses during his tenure.

Simply replacing Patricia and Judge with O’Brien should go a long way toward returning this offense to, at the very least, respectability. But the Patriots’ work isn’t done.

Here are three important next steps for New England with O’Brien now aboard:

1. Assemble O’Brien’s coaching staff
The Patriots announced two weeks ago that they would be hiring a new OC, but we don’t yet know how much of their offensive staff will be replaced. Deciding who will serve as position coaches under O’Brien will be at the top of Bill Belichick’s offseason to-do list.

Coordinator candidate Adrian Klemm reportedly is expected to interview for a different role on the Patriots’ staff — likely offensive line coach, given his background. If he lands that job, he’d replace Patricia, who coached the O-line this season with assistance from Billy Yates.

New Orleans Saints offensive line coach Doug Marrone also has been mentioned as a potential candidate due to his relationship with Belichick and O’Brien. That would be a lateral move for Marrone, however, so he’d need permission from the Saints to accept it.

Shoddy line play was a major issue for the 2022 Patriots. Finding a capable voice to lead that unit should be a priority.

The Patriots might need to find a new tight ends coach, as reports have indicated Nick Caley is unlikely to stick around without a promotion. It’s unclear how the Patriots plan to proceed with running backs coach Vinnie Sunseri.

Receivers coaches Troy Brown and Ross Douglas reportedly will serve as head coach and offensive coordinator at next week’s East-West Shrine Bowl, which suggests the Patriots plan to retain both. It’s possible one or both could be reassigned to a different position group, however, after New England brought in longtime wideouts coaches Keenan McCardell and Shawn Jefferson for OC interviews.

We also don’t know whether O’Brien will coach QBs in addition to his coordinator duties, or delegate that job to someone else. He did both during his first Patriots stint and in his two seasons at Alabama. The Patriots also have yet to announce whether Patricia and/or Judge are sticking around in new roles or leaving the organization.

2. Sign and draft some offensive tackles
Personnel-wise, the most glaring hole on the Patriots’ roster is at tackle. It was their weakest position group this season, and just two of its members currently are under contract for 2023: starter Trent Brown and 2022 seventh-round draft pick Andrew Stueber, who didn’t play at all as a rookie.

Conor McDermott, who was decent in his six starts at right tackle, is a candidate to re-sign and compete for a job in camp, but the Patriots should look to add at least one proven starter in free agency while also selecting one in the early rounds of the 2023 NFL Draft.

Patriots fans should familiarize themselves with tackle prospects ahead of this year’s draft, in which New England currently owns the 14th overall pick. Northwestern’s Peter Skoronski, Ohio State’s Paris Johnson and Georgia’s Broderick Jones are projected to go in the top half of the first round, though that could change as the pre-draft process progresses.

3. Go get a true No. 1 receiver
Look at the teams remaining in the NFL playoffs. All of them feature at least one elite pass-catcher. The same was true last season. It’s become increasingly difficult to compete with the big dogs of the NFL if your offense doesn’t feature a premier receiver (or, in a few select cases, tight end).

The Patriots haven’t boasted one of those in years. They should do everything possible to change that this offseason.

It won’t be as easy as signing one, since this year’s crop of free agent wideouts is unusually bleak, so New England should be active on the trade market. The top candidate there is DeAndre Hopkins, whom Belichick loves and Arizona reportedly is shopping, though lingering discontent from Hopkins’ time playing for O’Brien in Houston could complicate that pursuit.

The 30-year-old reportedly has a no-trade clause, meaning he could shut down a potential move to New England if he does not want to work with his former head coach. We’ll see whether the Cardinals hiring Patriots alum Monti Ossenfort as their new general manager helps facilitate such a deal.

Another possible target is Tee Higgins, the No. 2 in Cincinnati behind Ja’Marr Chase. Higgins would be cheaper in the short term — he still is on a rookie contract, with a $1.8 million salary next season compared to Hopkins’ $19.2 million — but likely more expensive to acquire from a compensation standpoint. He’s also five years younger than Hopkins.

Is a top-tier wideout an absolute necessity for this team? No. But the Patriots should be looking to maximize the talent and infrastructure around quarterback Mac Jones this offseason, and there isn’t a better way to do that than by giving him a real coordinator (check), a sturdier O-line and a legitimate game-changing pass-catcher.

The Patriots also have a decision to make on reliable wideout Jakobi Meyers, who should have a strong market as arguably the best free agent receiver available. 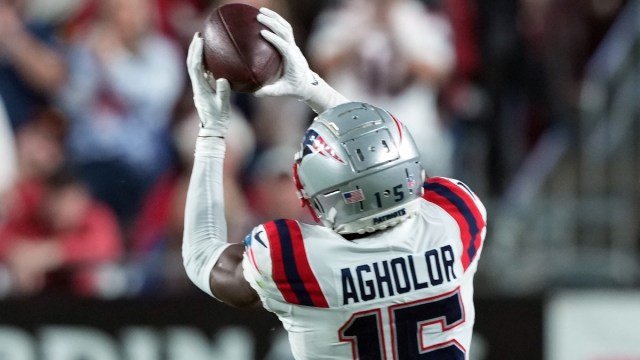 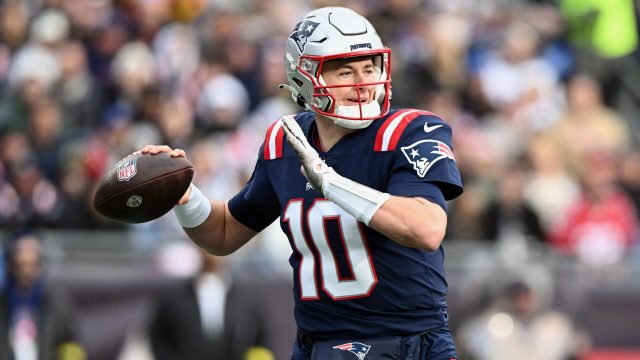