Following the trade of Mookie Betts and recent departure of Xander Bogaerts, the Red Sox organization caught flack for not keeping homegrown talent in Boston. That wasn’t going to be the case with star third baseman Rafael Devers, though.

The Red Sox on Wednesday officially signed Devers to a 10-year contract extension. Devers now will be under contract for the next 11 seasons, through 2034, which includes a one-year deal he agreed to just prior to the long-term pact was finalized.

Red Sox chairman Tom Werner and chief baseball officer Chaim Bloom addressed the media from Fenway Park on Wednesday and explained why Devers was worthy of such a commitment, especially given both Betts and Bogaerts did not receive the same long-term pact from the franchise.

“Well, if you just look at statistics and statistics are only a part of it, this is a man who I think has had more extra-base hits than anybody in baseball since 2019,” Werner told reporters, as seen on NESN. “Just as a fan, when he comes up to bat, the way he addresses the situation, his ability to hit extra-base hits and win games, obviously it starts with that but it doesn’t end there.

“This is a man who’s hungry to win,” Werner continued. “We know his character. We rely on the fact that he is not just a great ballplayer, but a great role model. That all goes into our desire and pleasure that he is a Red Sox player. And I think that he’s a fan-favorite, that’s important to us, but he’s going to win many, many games for us and hopefully many championships.”

Devers, entering his age-26 season, is a two-time All-Star and earned a Silver Slugger award following the 2021 campaign. He’s hit .292 with 108 home runs and 359 RBIs in his last four seasons. With the offseason departures of Bogaerts and designated hitter J.D. Martinez, Devers undoubtedly is Boston’s best bat in the lineup.

“Yeah, I mean, obviously it starts with the player. You have to believe in the player. I think that’s pretty evident,” Bloom said. ” … Now beyond that, I’ve said this before, it’s not just the player, it’s also the terms and the timing. And both of those lined up in this case.

“I’ve said this: If you’re going to make up this commitment, you don’t win just because you make this commitment,” Bloom continued. “What the commitment does, is it puts you in a position to back up that bet with all of the hard work and the important work that we in baseball ops, everybody up on that screen and everybody in our department does to build a competitive and sustainable and championship-caliber foundation around that commitment.

“And I think we’re better positioned now basically. And this is the right time to do that,” Bloom said. “He (Devers) fits perfectly into what we’re building, what we’re going to keep building, and it’s not just Raffy it’s also how we see the organization positioned to back up the bet that we’re making.”

The long-term extension for Devers checked off a major to-do for the Red Sox, but as Bloom referenced, there still is work to be done elsewhere on the roster — a roster Devers now headlines. 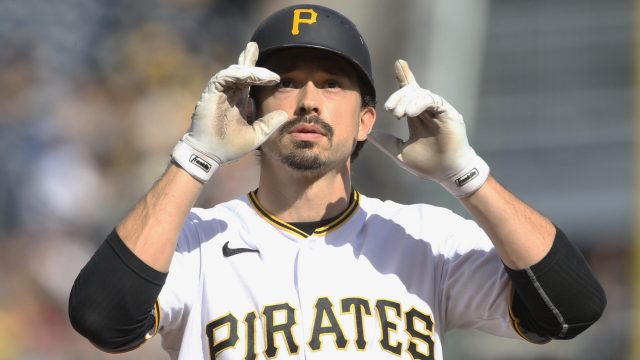 Rangers Among Top Suitors for Pirates OF Bryan Reynolds 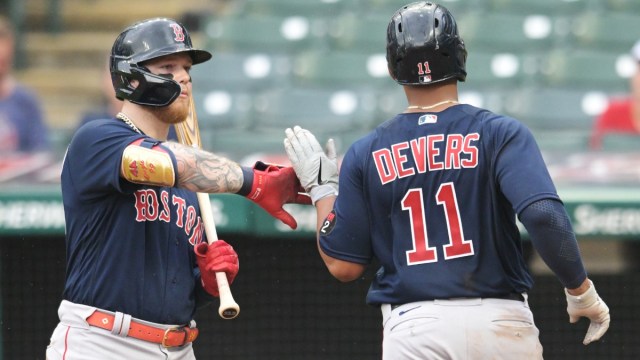 Rafael Devers ‘Very Comfortable’ With Red Sox Roster Ahead Of 2023