Time to Gear Up With Quality Players for Playoff Run - NESN.com Skip to content The playoffs are upon those in head-to-head formats, and players in Rotisserie leagues are making a final push to secure every last point in hopes of capturing a league championship. On this Labor Day, we'll take a look at the Senior Circuit because there are no breaks to be had the final month of the fantasy baseball season.

Upgrade
Matt Diaz, OF, Braves: His season line of .320/10/44 has been nice, but looks even better when you consider he's done most of his damage during the past month, going .388/5/15 over that span. He'll see regular at-bats down the stretch for the Braves, making him a valuable multi-category contributor in mixed formats.

Jorge Cantu, 1B/3B, Marlins: He struggled to a .231/2/12 line during August but has turned it around in September, posting an average of .462 thus far. He'll get to feast this week on Mets and Nationals pitchers, whom he has thrashed for six home runs this season.

Carlos Gonzalez, OF, Rockies: Things have finally clicked for this one time top prospect, as his .300/11/23 season line with 41 runs scored and 11 steals have helped lead the charge for the resurgent Rockies. He has nine homers during the past month, so look for the power to continue to develop as the '09 campaign comes to a close.

Bronson Arroyo, P, Reds: He's quietly been one of the best pitchers in baseball during the past month, going 2-2 with an ERA of 1.59 and six quality starts. He's gone at least seven innings in each of his past seven starts, hitting his stride right when fantasy owners need it most. I just picked him up for my playoff run in a head-to-head league, so he still could be available on some waiver wires.

No Change
Lastings Milledge, OF, Pirates: Finally playing to his potential with the Pirates, he has posted a line of .325/2/14 with the club, and now finds himself hitting in the clean-up spot. He possesses 20/20 potential right now, and could easily be a 25/25 guy over a full season as long as his development is for real. He should be solid down the stretch and is a major sleeper again in 2010.

Josh Johnson, P, Marlins: The quality (3.04 ERA, 7.76 K/9) will be there, but the quantity of innings will continue to diminish as the season comes to a close.  He's already pitched a career-high 183 1/3 innings, and should finish the year between 200-210 innings pitched. The Marlins will do all they can to limit his workload in the final weeks, so expect a few less quality starts and decisions going forward.

Downgrade
Alfonso Soriano, OF, Cubs: His season line of .241/20/55 is simply unacceptable for a player of his pedigree. In addition to that line, he only plated 65 runs and swiped nine bases, both far below what we're used to seeing from him. He was a monumental disappointment for his owners this season (myself included), and with a sore knee putting the remainder of his season in doubt, he should be cut loose in all yearly formats.

Brad Lidge, P, Phillies: I thought he was already at rock bottom, but for some reason, Charlie Manuel keeps trotting him out to blow saves. After blowing his 10th chance of the season on Saturday and raising his season ERA to 7.15, he should officially be forgotten in all fantasy formats. As the Phillies gear up for the playoffs, Ryan Madson should get the saves — moving Lidge to middle relief to work out his many problems. 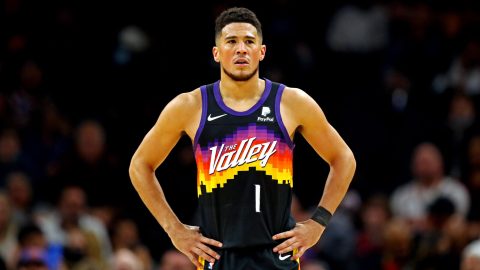