The Boston Bruins are the biggest favorites on the NHL odds board for opening night of the season Wednesday at -180 at home against the Philadelphia Flyers at sportsbooks monitored by OddsShark.com.

The Bruins are on a 13-3 straight-up run when facing the Flyers, and the teams have turned in OVER results on the NHL totals in four of their last five meetings. The total for Wednesday night’s opener at TD Garden has been set at 5.5 goals.

Boston faces a quick turnaround as it heads out to face the Detroit Red Wings on Thursday night.

The Bruins also sit at 10-1 on the odds to win the Stanley Cup this season and are joined there by the Anaheim Ducks and Los Angeles Kings. The Blackhawks are the favorites on those NHL futures at 13-2, and Chicago also leads the odds to win the Presidents’ Trophy for most points in the league, with Boston sitting second at 11-2.

— The Boston Celtics opened their NBA preseason schedule Monday with a 98-78 home win over the Philadelphia 76ers and next host the New York Knicks on Wednesday, travel to the Toronto Raptors on Friday and host the Knicks again Saturday. Boston opens its regular season Oct. 29 against the Brooklyn Nets.

— The Boston College football team is back in action this week following a bye. The Eagles travel to face North Carolina State, which is coming off back-to-back losses. N.C. State is a four-point favorite, and the total is set at 56.5 points at sportsbooks monitored by OddsShark.com. BC is 3-11 against the spread and SU in its last 14 road games, but N.C. State is 3-8 ATS in its last 11 games, so something should give.

BC has suffered a tough injury since its last game, as the team announced defensive lineman Mehdi Abdesmad has been ruled out for the season with a knee injury. Abdesmad started at defensive tackle for the Eagles. The team also announced it’s replacing their kicker with freshman Mike Knoll. 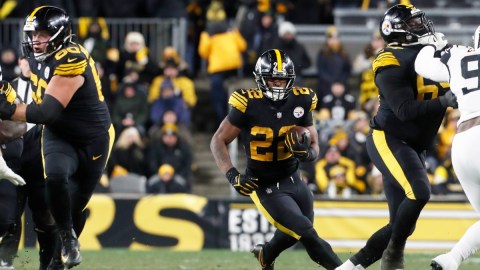