Quarterbacks are the most reliable players in fantasy football. They are, for the most part, a pretty durable group, and the NFL’s emergence into a pass-first league has tremendously increased these players’ value.

It still makes sense to pick a running back in the first round of your draft because there are fewer elite players at that position compared to quarterback. That said, Aaron Rodgers, Tom Brady, Peyton Manning, Drew Brees and Andrew Luck all should be given consideration in Round 1 regardless of your league’s scoring. They are as good as it gets on a weekly basis.

Here are the top 20 fantasy quarterbacks for 2015.

1. Aaron Rodgers, Green Bay Packers (Bye Week: 7)
2014 stats: 4,381 passing yards, 38 TDs, 5 INTs
Rodgers arguably is the best quarterback in the NFL and consistently throws for more than 4,000 yards and 30-plus touchdowns year in and year out. He also doesn’t throw many interceptions (less than 10 in five of the last six seasons) and even with Jordy Nelson out, he still has an excellent receiving corps led by Randall Cobb and Davante Adams.

2. Andrew Luck, Indianapolis Colts (Bye Week: 10)
2014 stats: 4,761 yards, 40 TDs, 16 INTs
You certainly could make a case for Luck as the No. 1 fantasy quarterback. He finished third in passing yards and first in touchdown passes last season, and at 25 years old, he still has room plenty of room for improvement. Luck also has 12 rushing touchdowns in three NFL seasons.

3. Tom Brady, New England Patriots (Bye Week: 4)
2014 stats: 4,109 yards, 33 TDs, 9 INTs
Remember in 2007 when the Patriots set several scoring records after the Spygate scandal emerged? The Patriots’ offense isn’t expected to be as dominant in 2015, but after never-ending talk about Deflategate and how it affects Tom Brady’s legacy, expect the reigning Super Bowl MVP to have a career season. This is the type of adversity that someone who already has four rings thrives on. It also helps to have targets such as Julian Edelman, Danny Amendola, Brandon LaFell and the best tight end in football in Rob Gronkowski.

4. Peyton Manning, Denver Broncos (Bye Week: 7)
2014 stats: 4,727 yards, 39 TDs, 15 INTs
Manning isn’t as good as he used to be, but he’s still a Tier 1 fantasy quarterback. He has plenty of weapons in the passing game, including receivers Demaryius Thomas and Emmanuel Sanders, as well as a rising star at running back in C.J. Anderson.

6. Drew Brees, New Orleans Saints (Bye Week: 11)
2014 stats: 4,952 yards, 33 TDs, 17 INTs
Brees’ three-year streak of 5,000-plus passing yards ended last season, but he still tied for the league lead in passing yards and improved his completion percentage. Very few quarterbacks are as reliable as Brees on a week-to-week basis, even if he lost most of his weapons this offseason.

7. Cam Newton, Carolina Panthers (Bye Week: 5)
2014 stats: 3,127 yards, 18 TDs, 12 INTs
Newton continues to improve as a passer, and after losing veterans Steve Smith and Brandon LaFell before last season, he had only one top tier pass-catcher in rookie wide receiver Kelvin Benjamin. Benjamin’s absence this season is a huge loss, but Newton also can make a fantasy impact with his legs. His 539 rushing yards ranked third among QBs last season, and he also added five rushing touchdowns.

8. Tony Romo, Dallas Cowboys (Bye Week: 6)
2014 stats: 3,705 yards, 34 TDs, 9 INTs
Romo set a career high with a 69.1 completion percentage last season, his nine interceptions were his fewest over the last five years, and his 34 touchdowns were the most since he threw 36 in 2007. He also has arguably the best receiver in the league in Dez Bryant and an ultra-reliable tight end in Jason Witten.

10. Matthew Stafford, Detroit Lions (Bye Week: 9)
2014 stats: 4,257 yards, 22 TDs, 12 INTs
Stafford took a step back last season statistically, but he did lower his interceptions by seven from the previous campaign and still has one of the best receivers in the league in Calvin Johnson. Stafford is a solid QB2 option for fantasy owners who take running backs and/or receivers in the first two or three rounds of their draft.

11. Philip Rivers, San Diego Chargers (Bye Week: 10)
2014 stats: 4,286 yards, 31 TDs, 18 INTs
After a rough 2012 campaign, Rivers has bounced back in each of the last two seasons with at least 4,200 yards passing and 31 touchdowns. He has plenty of quality targets and is among the most durable players in the league with nine straight seasons of 16 starts.

13. Eli Manning, New York Giants (Bye Week: 11)
2014 stats: 4,410 yards, 30 TDs, 14 INTs
Manning should have a bounce-back year with a healthy Victor Cruz and the continued success of emerging star Odell Beckham Jr. However, his inability to consistently protect the football remains a concern for fantasy owners in leagues that take away points for interceptions.

14. Colin Kaepernick, San Francisco 49ers (Bye Week: 10)
2014 stats: 3,369 yards, 19 TDs, 10 INTs
Kaepernick didn’t have the breakout 2014 season many people anticipated, and the 49ers suffered as a result by missing the playoffs after back-to-back NFC Championship Game appearances. But Kaepernick should bounce back from a passing standpoint, and he’s still worth drafting in two-quarterback leagues because of his ability to score points in the running game. His 639 rush yards were the second-most among quarterbacks.

15. Ryan Tannehill, Miami Dolphins (Bye Week: 5)
2014 stats: 4,045 yards, 27 TDs, 12 INTs
The Dolphins were aggressive in free agency, but they won’t challenge the Patriots for the AFC East crown without another step forward from Tannehill. The former Texas A&M star set career highs in passing yards and touchdowns last season, and his 12 interceptions were the fewest of his three-year career. Tannehill is a QB2 right now, but he could emerge into a QB1 by season’s end.

18. Carson Palmer, Arizona Cardinals (Bye Week: 9)
2014 stats: 1,626 yards, 11 TDs, 3 INTs
Injuries limited to Palmer to just six games last season, but he was among the league’s best QBs in that span. If he’s healthy this season, he’s worth drafting in two-quarterback leagues. It also helps that Palmer has two very good receivers to target in Larry Fitzgerald and Michael Floyd. 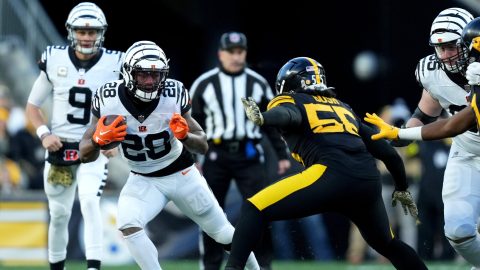 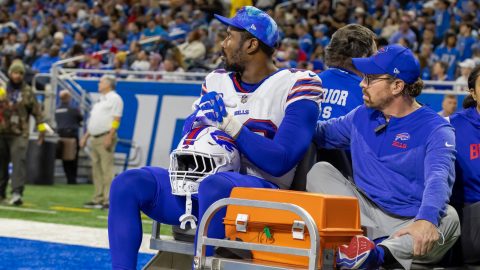 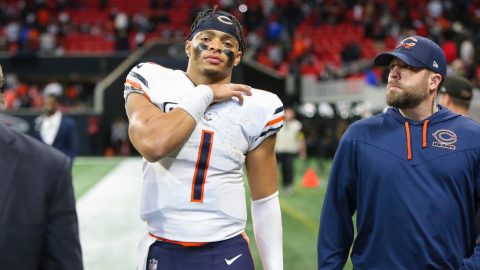