NFL teams finalized their rosters over the weekend, trimming them from 75 players to 53 ahead of Saturday’s 4 p.m. deadline.

That’s a significant number of players who got the ax, and as is the case every year, some notable names found themselves out of jobs.

Some, like James Jones and Fred Jackson, were scooped up in a hurry and could make an impact on an NFL field this season. Others weren’t so lucky. (Sorry, Tim Tebow.)

Skill-position players on the fringe of NFL rosters aren’t exactly fantasy stalwarts. But if you’re in a deeper league or looking to give your team a boost via the waiver wire, it’s worth monitoring these players and their potential fantasy impact.

With Week 1 just days away, let’s look at some notable players whose recent cuts could have a fantasy ripple effect.

James Jones, Wide Receiver
Cut by: New York Giants
New team: Green Bay Packers
Impact: The G-Men couldn’t find a use for the 31-year-old, but he should fit right in with Green Bay. Jones spent seven seasons with the Packers (2007 to 2013), and with Jordy Nelson out for the season, he could slot in as Aaron Rodgers’ third option behind Randall Cobb and Davante Adams. If you’re in a deeper league, Jones could be worth plucking off the waiver wire.

Fred Jackson, Running Back
Cut by: Buffalo Bills
New team: Seattle Seahawks
Impact: The Bills made a surprise move by parting ways with the veteran, suggesting it’ll likely be the LeSean McCoy Show in Buffalo this season. Jackson shouldn’t see too much action behind Marshawn Lynch in Seattle, but the fact the Seahawks signed him hints they might be looking to lighten Beast Mode’s workload after four consecutive seasons of 280-plus carries.

Matt Cassel, Quarterback
Cut by: Bills
New team: Free agent
Impact: Rex Ryan and the Bills made a bold move by opting to go with Tyrod Taylor as their starter and E.J. Manuel as their backup, leaving Cassel, a former New England Patriot, as the odd man out. Buffalo should rely heavily on the ground game, making Taylor nothing more than a desperation add in fantasy. If Taylor can develop into a rhythm, though, that’s good news for Sammy Watkins owners hoping for more consistency out of the second-year wideout.

Reggie Wayne, Wide Receiver
Cut by: New England Patriots
New team: Free agent
Impact: The 36-year-old tried to give it one more go in New England, but apparently things just didn’t work out. It appears Wayne’s playing days are behind him, and fantasy owners should take him off their radars. Wayne’s exit also puts more pressure on Julian Edelman and Danny Amendola to carry the load at wide receiver with Brandon LaFell headed to the PUP list.

Terrance West, Running Back
Former team: Cleveland Browns
New team: Tennessee Titans
Impact: We’re cheating a bit here, since the Browns traded West instead of releasing him. But West’s departure is good news for Isaiah Crowell, who now has the starting job to lose in Cleveland. He’ll have plenty of competition in rookie Duke Johnson, though, who showed promising signs in the preseason. Both are intriguing options, given the inefficiency of the Browns’ passing game.

Tim Tebow, Quarterback
Cut by: Philadelphia Eagles
New team: Free agent
Impact: Let’s be honest: Tebow’s release doesn’t have any fantasy impact. He was a long shot to see the field behind Sam Bradford and Mark Sanchez, so if you drafted him in the last round on a whim, it’s time to let go.

Have a fantasy football question for Darren? Send it via Twitter at @darren_hartwell 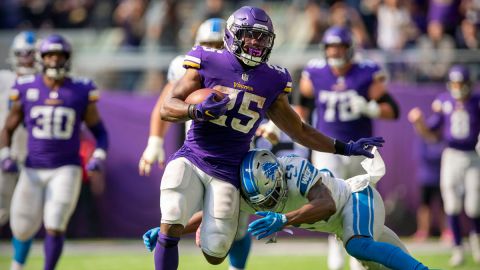