Week 8 of the NFL season was headlined by a lot of injuries to star players, most notably Pittsburgh Steelers running back Le’Veon Bell and Baltimore Ravens wide receiver Steve Smith.

Both players are expected to miss the remainder of the season, which has created some major problems for fantasy football owners who relied on these players’ production each week.

Let’s look at some of the best waiver wire pickups entering Week 9.

Quarterback: Derek Carr, Oakland Raiders
Carr still is available in many leagues, which is somewhat surprising. He probably won’t be heading into Week 9, though, because the Raiders quarterback has played very well of late. Carr has averaged more than 300 yards passing with a total of seven touchdowns and zero interceptions in Oakland’s last two games.

Other quarterbacks to consider: None

Running Back: DeAngelo Williams, Pittsburgh Steelers
Williams was dropped in a lot of leagues when Le’Veon Bell returned from a two-game suspension in Week 3. Now that Bell reportedly will miss the rest of the season after suffering an MCL injury on Sunday, expect Williams to be an RB2 for the remainder of the campaign as Pittsburgh’s starter.

Williams played very well in Bell’s absence in the first two games. He ran for 204 yards and three touchdowns, while also averaging almost 5 yards per carry. Williams tallied 71 yards on just nine carries in Sunday’s loss to the Cincinnati Bengals.

The veteran running back should be added and started in all fantasy leagues, including DFS such as DraftKings and FanDuel.

Wide Receiver: Tavon Austin, St. Louis Rams
Austin gave his best performance of the season Sunday with four receptions for 98 yards and a touchdown on seven targets. He’s tallied four or more receptions with at least one touchdown in three of the last four games.

Even though the former first-round draft pick’s fantasy value is a little too dependent on the big play, you could do a lot worse at the flex position when trying to find a suitable bye week replacement.

Miller caught 10 passes on 13 targets for 103 yards against a very good Bengals defense on Sunday. It was his best performance since he caught eight passes on 11 targets for 84 yards in Week 1 versus the New England Patriots, which was Roethlisberger’s only full game of the season before Sunday.

Miller should be owned and started in all leagues as long as Roethlisberger is healthy and in the lineup. 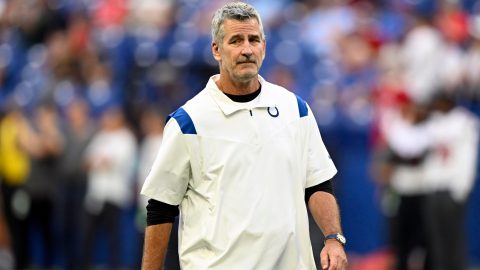