Dreading that visit to your in-laws’ house this holiday weekend? Well, chin up, because there’s a whole lot of exciting football to watch.

You’ve got questions, we’ve got answers. Here are our best plays and value picks at each position for the Week 16 Sunday slate:

QUARTERBACK
Best play: Cam Newton, Carolina Panthers. There’s reason to believe Newton’s four-touchdown breakout game wasn’t a flash in the pan. The QB looked rejuvenated in Week 15 with a healthy Greg Olsen back in the fold and gets a slam-dunk home matchup against the NFL’s worst pass defense (271 yards allowed per game) in the Tampa Bay Buccaneers.

Value pick: Tyrod Taylor, Buffalo Bills. This matchup actually isn’t as scary as it looks, as the New England Patriots have allowed five passing touchdowns over their last two games. If Buffalo gets down early, Taylor should see plenty of volume and the chance to rack up points with his arm and his legs.

RUNNING BACK
Best play: Todd Gurley, Los Angeles Rams. There’s no way Gurley is matching his mammoth Week 15 effort, and the Tennessee Titans have defended the run well lately. But Gurley is on an absolute roll and remains a matchup-proof RB1 play with Le’Veon Bell not playing until Monday night.

Value pick: Theo Riddick, Detroit Lions. It appears Riddick will play through a wrist injury Sunday, and we can’t blame him: The Cincinnati Bengals just allowed eight catches and 142 yards to Minnesota Vikings running backs last week. The dual-threat running back is a strong play despite the return of Ameer Abdullah.

WIDE RECEIVER
Best play: Keenan Allen, Los Angeles Chargers. Allen has been a target monster over the last five weeks, and while his production dipped slightly in Weeks 14 and 15, all signs point to another huge day as the Chargers face a New York Jets defense that Michael Thomas just torched for nine catches, 93 yards and a score.

TIGHT END
Best play: Rob Gronkowski, New England Patriots. Were you expecting someone else? Gronkowski was dominant in his return from suspension last week and is in line to cash in versus a Buffalo Bills defense he torched for nine catches and 147 yards in Week 13 — assuming he doesn’t get involved in any funny business with Tre’Davious White.

Value pick: Antonio Gates, Los Angeles Chargers. The Chargers placed Hunter Henry on injured reserve Wednesday, meaning Gates will get the start against the Jets. He’s still dirt cheap on the DFS circuit and is a great value play considering the Jets have allowed eight touchdowns to opposing tight ends this year.

Value pick: Detroit Lions. The Bengals’ offense has been terrible over the last two weeks, with 14 total points, six sacks allowed and four turnovers. Enter the Lions, who have racked up 25 fantasy points in that same span and should feast on Andy Dalton and Co. 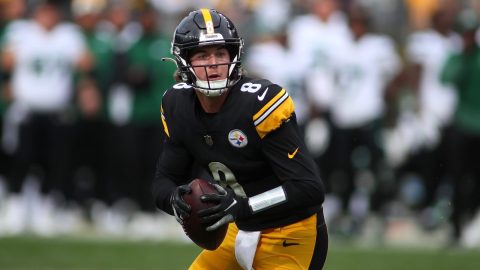 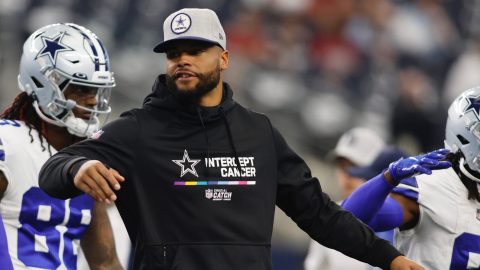