The nation’s capital will be the site of the first NFL Week 2 contest.

The New York Giants and the Washington Football Team will battle under the bright lights of “Thursday Night Football.” Both NFC East teams are in search of their first win on the 2021 campaign.

Washington narrowly fell to the Los Angeles Chargers last weekend, while New York was taken down by the Denver Broncos with relative ease.

Injuries to key players could play a major factor in this divisional showdown. Taylor Heincke will start at quarterback for Washington in place of Ryan Fitzpatrick, who’s currently on injured reserve due to a hip issue. The Giants, meanwhile, clearly and understandably are taking it slow with all-world running back Saquon Barkley as he works his way back from an ACL tear and the ensuing rehab. New York quarterback Daniel Jones also won’t have top tight end Evan Engram at his disposal for the second consecutive game.

Here is our betting preview for the second “Thursday Night Football” tilt of the season. The line, point total and all props are provided by DraftKings Sportsbook.

BETTING TRENDS
In addition to straight-up Week 1 defeats, the Giants and WFT also fell against the spread in their respective openers. Washington was a 2-point home favorite in its 20-16 loss to Justin Herbert and the Chargers. The Giants were given three points in the Meadowlands, but they still didn’t come close to covering in their 27-13 loss to the Broncos.

Both teams also were involved in season-opening matchups that saw the UNDER cash. Washington and LA fell well below the 45.5-point threshold, while New York and Denver combined to score less than two points beneath the 41.5 mark set for their game.

The Giants notched against-the-spread wins in four of their last five meetings with Washington. Jones, who enters Week 2 with eight career NFL victories, is a perfect 4-0 straight up against WFT.

Washington also has the advantage on defense. Ron Rivera’s team didn’t play particularly great against the Bolts, but it still managed to limit a loaded offense to 20 points. Washington ranked ninth in the league in takeaways last season, and it’s poised to rack up multiple against an oft-erratic signal-caller like Jones. With Barkley less than 100 percent and a safety blanket like Engram unavailable, Jones should run into mistakes as he tries to force the ball downfield.

Count on a low-scoring affair, but for Washington to win by a touchdown. 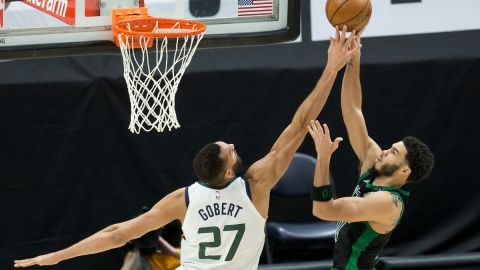