Another NFL Sunday is upon us.

Bettors are flocking into casinos around the United States or logging into their mobile betting apps to scratch that last-minute itch before games kick off at 1 p.m. ET. And bookmakers are doing their best to balance money and liability behind the counter.

This is the place for big bets, notable line moves and late-breaking injury news.

Here are the “Sunday Slips” for Week 5 of the NFL:

— One sports bettor loves the Cincinnati Bengals this week. A customer at Caesars placed a $500,000 wager on the Bengals +3 against Aaron Rodgers and the Green Bay Packers. It’s definitely the biggest bet of the entire football weekend, but it’s far from a popular one.

While Caesars is likely rooting for the Packers, most American sportsbooks will be rooting against Green Bay. Multiple shops are reporting over 75% of their spread bets on the Packers. Bettors love firing wagers on Aaron Rodgers, especially when he’s a small favorite.

“We leaned Bengals from the jump,” WynnBET senior trader Motoi Pearson told NESN. “And that’s comparative to where the market opened last Sunday. The Rodgers money was always going to fly in regardless. It’s imperative for us that the Bengals get there.”

— Minnesota Vikings running back Dalvin Cook is out for Sunday’s game against the Detroit Lions. While that news sent some fantasy football players into a frenzy, most running backs don’t affect the point spread.

Every situation is different, but the betting line didn’t budge off Vikings -10 when ESPN’s Adam Schefter announced that Cook was out. That’s because most shops don’t need to write anymore Vikings bets.

“Alexander Mattison is an extremely capable backup,” one professional bettor told NESN. “And the books have written so much Minnesota money all week long, so there’s no reason to move it off the 10. If you knock it down to -9 or -9.5 off the Cook news, it’ll just get bet back to -10 anyway and then you’ve got even more Vikings liability.”

“Cook is a great player, but given the circumstances and the bet splits, the line won’t move.”

— And how low can these New England Patriot totals get?

All four Pats games have gone “Under” the point total this season and most bookmakers are dealing O/U 39 in Sunday’s game against the Houston Texans.

“That’s almost the bottom for now,” Westgate SuperBook executive director John Murray told NESN. “You could see it get a little lower later in the season when there’s horrible weather and wind makes it impossible to throw the football.”

“(This total) has more to do with Davis Mills than anything,” Murray continued. “Houston cannot move the football at all. We’re expecting Bill Belichick to bring in the oars a bit here and make sure his offense doesn’t make many mistakes. And they’ll take advantage of the mistakes that Mills will make.” 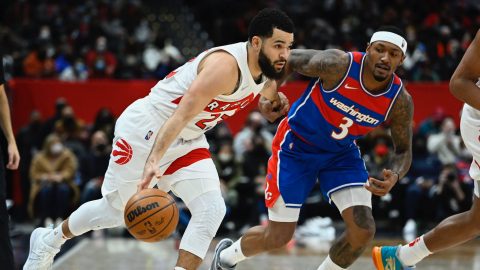 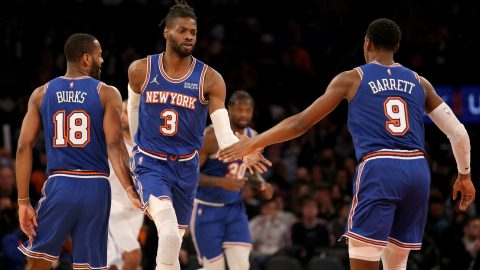