ZOZO Championship Betting Preview: Why There's Value In Odds Down Board Skip to content

The PGA TOUR ventures overseas for the first time this season as this week we will be breaking down the ZOZO Championship from Accordia Golf Narashino Country Club in Chiba, Japan.

Tourney / Course Overview
This is another small field (78 players), no-cut event featuring a handful of local Japanese golfers competing for fun to win the event. The course is a Par 70 with a length of 7,041 yards that has three Par 5’s and five Par 3’s. There are many dogleg tee shots that will require the players to shape their ball both left and right and approach play will be at a premium this week into these small undulating Bentgrass greens. This event has only been played at Accordia one other time when none other than Tiger Woods won with a score of -19, with Hideki Matsuyama finishing three strokes behind in second place.

The Picks
Given that we are probably only dealing with 35-40 players in this event who have a realistic chance to win, I think the play this week is to make four or five outright plays from different sections of the betting board.

I will start a little farther up with Brendan Steele (+9500) and Garrick Higgo (+8000). Steele ranks fifth in this field in Strokes Gained on easy courses with Bentgrass greens less than 7,200 yards in length. I have written him up a few other times recently as he always seems to come out of nowhere to be in contention at least once per season during the fall swing. Higgo won in his debut appearance on the PGA Tour at last year’s Palmetto Championship in June after two recent wins in Europe but has not been heard of much lately with just one start in the past three months. He is the type of buy-low candidate with winning upside due to his dialed irons and streaky putting play. There is also great value on his Top 10 prop here at 9-1.

My other two outrights will be on a player who has never won on TOUR and another who hasn’t won since his rookie season in 2015. Before you call me crazy, let me explain my cases for Emiliano Grillo (+3600) and Cameron Tringale (+3500). Grillo heads to this tournament off an electric final round, 11-under-par 61, at the CJ Cup. He has always been someone whose best play has come in short spurts, so even though his odds are a bit overvalued, we should back him on the chance he builds off that round into this week. The stats also like Grillo as he tops the field in ball-striking for courses with difficult-to-hit fairways and easy scoring average over the past 50 rounds. Tringale flirted with his first win multiple times in the middle of last season, and his solid play has continued into the fall as he has made all four cuts in the 2021-22 season. He ranks inside the top 10 in the field in GIR’s gained in recent rounds as well as overall Strokes Gained: Approach.

When backing players who don’t outright win often, I would much rather do it in an event that only has three true elite golfers with multiple wins on their resume (Morikawa, Schauffele, Matsuyama) and get these guys at three or four times the price of those elite names.

All PGA predictions and picks are courtesy of SportsGrid. 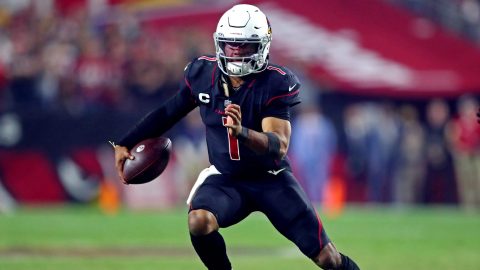