The Rangers have placed Mika Zibanejad in the COVID-19 protocols, the Rangers official website reports. The Rangers don’t play Saturday as their next game is Sunday versus the Sabres, but Zibanejad seems unlikely to play in that contest. Zibanejad becomes the fourth member, first for the Rangers, of the New York metro area teams to end the protocol. Josh Bailey, Anders Lee, and Ross Johnston are also in the protocol for the Islanders.

The NHL has run into a rash of positive COVID-19 cases of late as the Ottawa Senators had to postpone their games this week due to a team-wide breakout. The Rangers and Senators were supposed to play Saturday, but that game has been postponed. No makeup has been announced as of yet. The Senators did take eight players off the COVID-19 protocol list earlier today.

In an update to this story, it’s been announced that the positive test that Zibanejad had was a false positive and he will be available to play Sunday.

The Rangers are 10-4-3 on the season and in third place in the Metropolitan Division. They are -182 to make the playoffs and +172 to miss out once again. You can find the lines for each team to make the playoffs, win their division, and bring home the Stanley Cup at FanDuel.com. 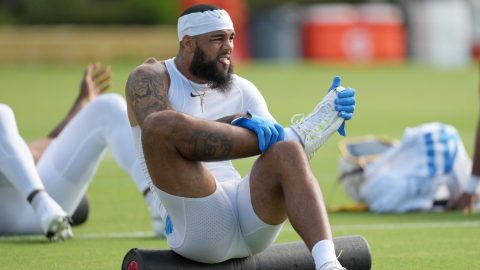