49ers vs. Seahawks Predictions and Picks

My how the mighty have fallen. The Seahawks entered the season with big expectations, but they’ve dropped to just 3-8 and all but been eliminated from playoff contention. It hasn’t been all due to poor play â they lost Russell Wilson for three games and Chris Carson for seven â but they haven’t looked great even when healthy.

Now, they’re listed as 3.5-point home underdogs vs. the 49ers, and it’s hard to get excited about backing them.

Wilson does fit a bunch of strong trends in this spot. He’s been outstanding as a home underdog throughout his career, and he’s also exceptional coming off a loss. However, Wilson just doesn’t look like the same player at the moment.

He may be more hurt than he’s letting on because his numbers since returning to the lineup are abysmal. He’s averaged just 5.82 adjusted yards per attempt in his past three games, and he’s also taken nine sacks. It’s hard to imagine things getting any easier for him against the 49ers, who rank 10th in Football Outsiders defensive DVOA.

Meanwhile, the 49ers’ offense has been rolling recently. Losing Deebo Samuel hurts, but they should still be able to pound the ball against the Seahawks’ soft defense. They haven’t been as bad against the run as they have against the pass, but they still rank just 22nd in defensive DVOA.

Ultimately, I’m going to need to see it from the Seahawks before I can believe in them again. 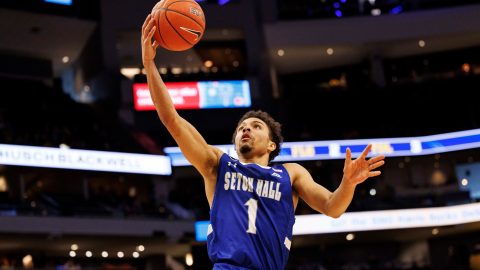