ESPN’s Adam Schefter reports that Antonio Brown is expected to play in Week 17 against the Jets.

Buccaneers’ wide receiver Antonio Brown, listed as questionable for Sunday due to an ankle injury, is expected to play vs. the Jets, per sources. Bucs initially had their doubts Brown would play, but he practiced Saturday and barring a setback Sunday, is expected to go.

Brown has been dealing with an ankle injury but did practice on Saturday. He’s fourth on the team in receiving yards with 519 and four touchdowns. However, in Tampa Bay’s Week 16 game against the Panthers, Brown accounted for ten of Tom Brady’s 18 completions.

Brown has only played six games this season. He missed three games due to a suspension for presenting a fake COVID vaccination card. Before the suspension, Brown had missed five more games due to an ankle sprain.

Over at FanDuel Sportsbook, the Buccaneers are a -770 on the moneyline against the Jets, while Brown is a -110 to go over/under 74.5 yards.

Mike Evans is also expected to line up at wideout in Week 17 but in a limited capacity.

The Bucs are huge favorites over the Jets, and Brown could go off with a huge game. You should check out FanDuel Sportsbook before the game gets underway to get the most up-to-date odds. 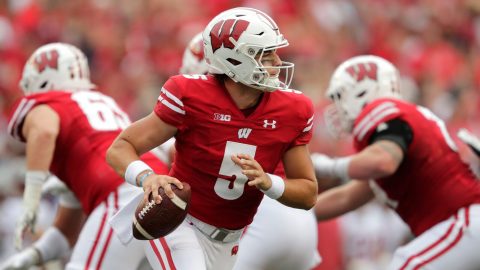