Those who want to get ahead of Thursday morning’s water cooler conversation can stay up late Wednesday night to see the gold medal awarded in women’s ice hockey at the 2022 Beijing Olympics.

It’ll be Team USA against Team Canada in a rivalry game that is a rematch of the 2018 Pyeongchang gold medal final. At the last Olympics, the United States won in a 3-2 shootout. It also is a rematch of the women’s World Championship final in August, where the Canadians bested the U.S. in overtime.

While the United States has only one loss throughout its time in Beijing, to — you guessed it — Canada, who is 6-0 at the 2022 Olympics.

Canada forward Sarah Nurse leads all skaters at the Games with four goals and 12 assists, while the country also boasts the top two goal-scorers in Brianne Jenner (nine) and Sarah Fillier (eight).

Puck drop for the gold medal game is scheduled for 11:10 p.m. ET. The game will be broadcast live on NBC. 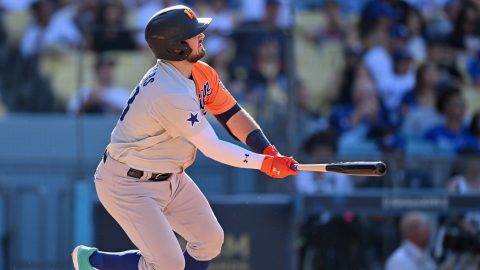