The Philadelphia Eagles have signed Fletcher Cox to a one-year contract, Mike Garafolo of the NFL Network reports

This is now a done deal. Fletcher Cox has agreed to terms on a one-year deal to return to the #Eagles, sources say. An important order of business for the team now completed. Expect them to do some work on a few areas of the roster in the next wave of free agency. https://t.co/c2XGUxVjQ4

The Eagles had cut Cox earlier this week, but both sides had indicated that a reunion was likely via a new contract. The Eagles restructured the contract of cornerback Darius Slay to help bring Cox back and stay under the salary cap.

The contract will pay Cox $14 million, which is $4 million less than he was supposed to earn under his old deal. Cox had 35 tackles, 3.5 sacks, 12 tackles for loss, two forced fumbles, one fumble recovery, and a touchdown last season.

The Dallas Cowboys are the favorites to win the NFC East at -125, but no team has won that division in back-to-back years since the Eagles did in 2004. The Eagles are +310 to keep that streak intact next season. You can find these odds and the odds for every team to win their division at the FanDuel Sportsbook. 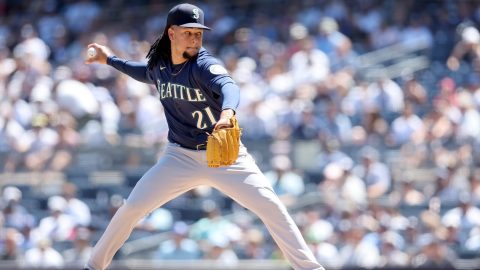