The Kansas Jayhawks mounted a second-half comeback to defeat the North Carolina Tar Heels on Monday night in the National Championship, capping an incredibly entertaining stretch of March Madness.

Kansas, a four-point favorite entering the contest, didn’t cover the spread in the 72-69 victory, but did earn the program its second title in Bill Self’s tenure and fourth overall championship. It also marked a blue-blooded Final Four which featured Duke and Villanova, who fell to North Carolina and Kansas, respectively, in New Orleans.

Well, one Final Four coming to a close meant the next one already is on the horizon in the eyes of oddsmakers. And the conclusion of Monday’s thriller had those at DraftKings Sportsbook quickly shifting gears to the 2023 season.

Here are the opening betting prices for the 2023 NCAA Tournament winner:

It’s interesting to see oddsmakers view the Blue Devils as the betting favorite given that Duke will be doing so under a first-year head coach Jon Scheyer, who was hand-picked by Mike Krzyzewski given the retirement of the Basketball Hall of Famer. 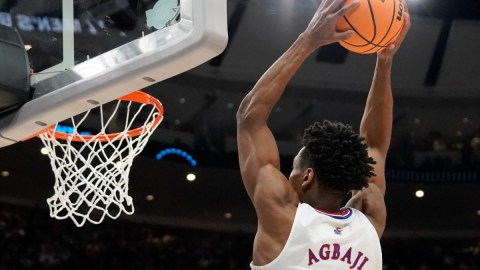