With the 2022 NBA free agency period opening up tonight at 6:00 p.m. ET, let’s look back on some of the most regretful deals that have been handed out.

It’s always a gamble to hand out big money deals, and teams often have to look back and wonder what went wrong. There are situations where superstars change teams and live up to the agreement, but many middle-of-the-road players that sign large contracts fail to live up to expectations.

Below you can find five free agent’s who signed big tickets since 2005 and didn’t hold up their end of the contract.

Joakim Noah helped transform what it meant to be a modern big man in the Association, but there’s no doubt the New York Knicks regret giving him a large contract. This contract was one of many that general managers will want to forget from the summer of 2016, which produced its fair share of head-scratchers. What made this contract more puzzling was that the New York Knicks signed it for a player that was already injury-plagued, playing in just 29 games in 2015. Throughout this contract, the former Florida Gator tallied just 95 total games played. The ninth overall selection by the Chicago Bulls still had an excellent NBA career; it just didn’t follow him to New York.

Hindsight is 20/20, but few Memphis Grizzlies fans planned a parade after they signed Chandler Parsons to a giant four-year contract in 2016. You have to wonder about what was happening behind closed doors because this wasn’t the first time Parsons took a team to the cleaners. Knee injuries played a part in the downfall of his career trajectory, but you have to pause looking back at the Grizzlies front office and ask what were they thinking? Parsons played three seasons for the Grizzlies, and in those years, he finished with just 95 games. In a Grizzlies uniform, the forward never averaged more than 7.9 points per game. Swing and a miss Memphis.

You probably won’t find a player on this list with as much controversy as Gilbert Arenas. Heading into free agency in 2007, Arenas had played just 13 games the year prior, and there were signs that extending him to a long-term deal in Washington would end up being a problem. This contract ultimately created the “Gilbert Arenas Rule,” allowing teams to sign restricted free agents that weren’t first-round selections. Arenas was a fine player during his tenure, but his off-the-court drama made this contract one that wouldn’t pan out in the team’s favor. If you remember some of those incidents, including him keeping unloaded firearms in the team’s locker room, you can probably understand why it didn’t work out with the Wizards.

Luol Deng was coveted in free agency in 2016, and looking back, other interested parties dodged a bullet. The Los Angeles Lakers signed Deng to a four-year contract in free agency after putting up 12.3 points per game with the Miami Heat. It was clear at the time that Deng was on the way down in his career, making it a puzzling decision that the Lakers handed the 31-year-old a boatload of cash. Deng played 57 games for the Lakers and averaged just 7.6 points in his one year of action. The Lakers later bought Deng out, which is definitely a contract they would like to have back.

There was a lot of drama surrounding this contract for Elton Brand, who decided to take the extra cash the Philadelphia 76ers offered him over staying with the Los Angeles Clippers. Injuries were already limiting the big man, and his production dropped off during his four years with the 76ers. Brand went on to play with the Atlanta Hawks and Dallas Mavericks before finishing his career with the 76ers, where he now operates as the team’s general manager. With that in mind, even with the free agency deal not working out with Philadelphia, it’s clear that there was no bad blood between him and the organization, where he now plays an integral role in the front office. 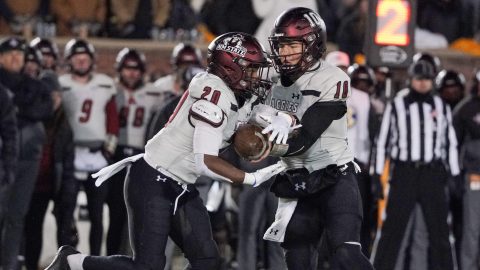