The Golden State Warriors are one win away from winning their seventh NBA title in franchise history, but Boston fans know the Celtics still have a chance to win banner No. 18.

Sports Betting Hall of Famer Jimmy Vaccaro has spent over 45 years as a Las Vegas bookmaker and is VSiN’s senior linemaker. Vaccaro took to Twitter on Wednesday to post a bet made at South Point Casino in Las Vegas. He captioned the tweet saying, “Whoa Nelly.”

The bet slip is a straight bet of $6,000 on the Celtics to win the NBA Finals in seven games. The odds were taken at +320 — more than DraftKings Sportsbook who have priced the Celtics at +290 to win the series 4-3 under “series correct score.” The bet would potentially pay out $25,200.

Vaccaro has posted previous bets on the Celtics throughout the NBA Finals — to mixed results.

Boston will come into Game 6 determined not to close out the NBA season on a low note, but a win Thursday would cement Steph Curry’s and Golden State’s legacies as one of the all-time dynasties in history. Tipoff for Game 6 at TD Garden is set for 9 p.m. ET. 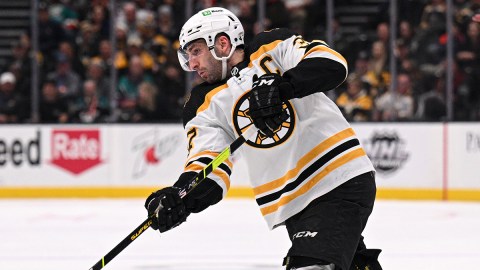