The Nashville Predators officially announced the signing of Filip Forsberg on Monday. Forsberg and the Predators reportedly agreed upon the new contract on Saturday, but now it is official.

The long-time Pred inked an eight-year, $68 million deal that could keep him in Nashville for his entire career. Forsberg has never donned another National Hockey League jersey, having been with the team since his first game in April 2013.

The 28-year was set to become an unrestricted free agent but will remain in Music City instead. Forsberg is coming off a career year with personal bests in goals (42), assists (42), and points (84) in 69 games for the Preds. He had one point in their four-game sweep at the hands of the Colorado Avalanche in the playoffs.

Forsberg was the 11th overall pick for the Washington Capitals in the 2012 NHL Entry Draft before being dealt to the Predators. The Swedish skater ranks first in club history with 220 goals and fourth in points with 469. The 29 goals and 53 points he’s logged in the playoffs are both tops for the organization.

Over at FanDuel Sportsbook, Nashville is in the bottom half of the Stanley Cup odds board. The Predators are +5000 longshots to win the league championship next season. 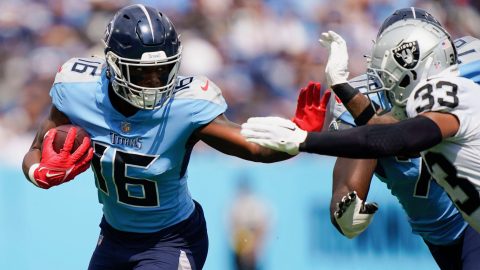