Fantasy Football 2022: Five NFL Defenses To Draft Based On Schedule Skip to content

There are many different strategies when it comes to drafting a defense in fantasy football.

Some fantasy football managers will opt to spend a mid-round pick to secure the defense of their choosing, making sure they have a ride-it-out group. Others would rather stack their respective benches with supplemental running backs and wide receivers while more or less letting a defense fall to them in the late rounds.

Another strategy which might be of help is based on knowing the opposing offenses each defense will play. For example, the Los Angeles Chargers loaded up on defensive talent this offseason, but given their competition in the AFC West, they might not be the best group to go with. We’ve highlighted five defenses to consider based on both their talent and their respective schedules.

Buffalo Bills
The Bills added linebacker Von Miller, signed Shaq Lawson and selected first-round cornerback Kaiir Elam to pair with Tre’Davious White this offseason. Those additions will complement Buffalo’s top-ranked defense from 2021, which ranked third in turnovers caused. But the Bills’ AFC East schedule includes plenty of questionable offenses with the New York Jets and New England Patriots, along with the intriguing Miami Dolphins. And then Buffalo has other favorable matchups against the Tennessee Titans, Pittsburgh Steelers, Minnesota Vikings, Detroit Lions and Chicago Bears — all of whom might have deficiencies on offense. The Bills will have a share of challenging contests starting with the Los Angeles Rams in Week 1 and defending AFC champion Cincinnati Bengals in Week 17, but Tyreek Hill-less Kansas City Chiefs and Davante Adams-less Green Bay Packers also present some questions. Sharp Football Analysis has the Bills in the middle of the league when it comes to strength of schedule, but Buffalo is Yahoo’s top-ranked defense entering the season.

Indianapolis Colts
Indianapolis will have a new defensive coordinator in Gus Bradley and have added to their secondary with the signing of cornerback Stephon Gilmore. The Colts also should benefit from playing in one of the worst divisions in football with six games against the Houston Texans, Jacksonville Jaguars and Titans, who traded away wide receiver A.J. Brown. Indianapolis, which ranked second in turnovers forced last season, has the third-best strength of schedule. The Colts also have non-divisional games against the NFC East with the Steelers, Vikings and Patriots also listed. Sure, the Colts will have the AFC West on their schedule, which might make things a bit more challenging, but nevertheless are a group to target. The Colts are Yahoo’s fourth-ranked defense entering the season.

Tampa Bay Buccaneers
Tom Brady and company added on the offensive side of the football, and will be able to run it back with much of the same defense which ranked fifth in points allowed and fifth in turnovers caused last season. The Buccaneers, while having the privilege of playing the Atlanta Falcons and Carolina Panthers twice per season, are ranked seventh when it comes to strength of schedule. They’ll have non-divisional games against the Steelers and Seahawks — two teams with considerable quarterback questions — while their Week 12 game against the Browns could look much different depending on Deshaun Watson’s suspension. They, too, will have difficult opponents with the Packers, Chiefs, Rams and Bengals. Nevertheless, Tampa Bay is ranked second in Yahoo’s preseason rankings.

Green Bay Packers
The Packers — who ranked eighth in turnovers forced — not only traded their All-Pro wideout in Adams, but also released Za’Darius Smith, who compiled 26 sacks during the 2019 and 2020 seasons before playing one game in 2021. Elsewhere on defense, though, Green Bay re-signed pass rusher Preston Smith and will have cornerback Jaire Alexander on the outside with a pair of highly-touted Georgia Bulldog rookies in defensive lineman Devonte Wyatt and linebacker Quay Walker. The Packers will face the troubled Bears, inconsistent Vikings and building Lions in NFC North play with other — what seem to be favorable — matchups against the Giants, Jets, Commanders, Titans, Patriots, and others. Similar to others on this list, Green Bay has difficult matchups with the Buccaneers, Bills and Rams, but the majority of their schedule present must-start matchups. The Pack is viewed as Yahoo’s eighth-best defense.

Dallas Cowboys
Defensive coordinator Dan Quinn, do-it-all linebacker Micah Parsons and cornerback Trevon Diggs elevated the Cowboys’ defense last season as the group ranked first in interceptions while combining with the special teams unit for nine touchdowns. Dallas has the 10th-best strength of schedule with favorable division matchups against the Giants and Commanders. The Cowboys also will play both the NFC North — Bears, Lions, Vikings — and AFC South — Jaguars, Texans, Titans — which further complement those favorable matchups. Other matchups against the Bengals, Buccaneers, Rams and Packers will present challenges, but the clear majority for Dallas are seemingly-favorable contests. Dallas is ranked No. 12 in Yahoo’s preseason rankings, depicting it might be available a bit later on. 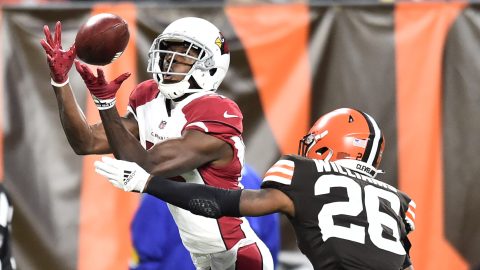