Betting analyst Sam Panayotovich and digital content editor Mike Cole are teaming up to pick five weekly NFL games against the point spread. Each winning selection receives one point and ties earn a half-point. The guys went 0-4-1 last week and are currently tied for 140th place out of 1,597 entries.

Here are Sam’s and Mike’s picks for Week 12 of the SuperContest:

Houston Texans +13.5 at Miami Dolphins
SP: The Texans aren’t for everybody, but they’re tough to pass up when the point spread is this massive. Houston head coach Lovie Smith has created a solid culture and this group has fought in every single game over the last month. That’s more than half the battle with a big underdog. Sure, Miami’s offense is loaded, but its defense is nothing special. And it’s very likely the backdoor never closes with a number this large.

Green Bay Packers +6.5 at Philadelphia Eagles
MC: It’s too early to be completely sold on the Eagles’ run defense being completely fixed, and if that’s the case, the Packers have the personnel and scheme to muck this up and slow things down to keep it close-ish. The Eagles might struggle to put this thing away, too. Philly’s offense ranked third through the first eight weeks in EPA per play. The Eagles rank 20th in their last three games. The Packers hang around in one final attempt to salvage the season.

Atlanta Falcons +4.5 at Washington Commanders
SP: We’ve reached the point of the season where Washington is overpriced. That’s not to say the Commanders don’t deserve to be favored, but are they really four points better than the Falcons? Eh. Atlanta has quietly covered seven of 11 games (64%) this season thanks to a surprisingly efficient offense. Quarterback Marcus Mariota has the wheels to avoid big hits from Washington’s pass rush and I think he’ll keep this game close.

Los Angeles Chargers -3 at Arizona Cardinals
MC: The Cardinals are in disarray, with off-field issues and a swift kick in the behind marring their trip to Mexico on Monday. Now, they go home on a short week to gear up for a Chargers team that showed life last week in Kansas City. Getting Keenan Allen and Mike Williams back made the LA offense dangerous, and even when Williams got hurt, Joshua Palmer stepped up for a monster game. The Cardinals defense is especially bad against the run, so the hope here is Austin Ekeler gets going early, the run game opens up the pass game and then it’s back to Ekeler to salt it away.

Las Vegas Raiders +3.5 at Seattle Seahawks
SP: This is basically the same philosophy as my Falcons pick. Much like the Commanders, the Seahawks have been a very strong underdog, but I’m not ready to lay points with them. Las Vegas’ offense is finally healthy and I was very impressed with the way the Raiders racked up over 400 yards against a stingy Denver defense. Derek Carr and Davante Adams should be able to pitch and catch their way to a cover here.

Thank you to Winners Circle Proxy Service for helping us submit our plays all season long. 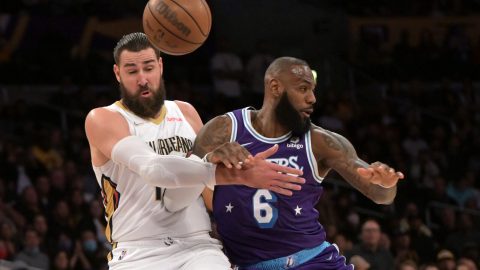