While the biggest prizes from sheer volume in this year’s free agent class may either come from the mound or the infield, the biggest name out there comes from the outfield. We’ve already looked at the top starting pitchers available and best infielders on the market, and next, we go where cans of corn go to die.

You aren’t going to find any 2022 MLB free agent list that doesn’t have Aaron Judge sitting at the very top. After betting on himself and not taking a long-term contract with the New York Yankees coming into this year, Judge went video-game mode with one of the best seasons in baseball history.

Judge set the American League record with 62 home runs and also challenged for the ever-elusive triple crown. The big slugger finished just five points back in the batting title race at .311 while leading the AL with 131 RBI. Judge will undoubtedly take home the MVP and already grabbed the Silver Slugger award.

The 6-foot-7 Californian made $19 million last season, which could double on a massive upcoming deal. Home state teams, the Los Angeles Dodgers and San Francisco Giants, appear willing to break the bank to land 2022’s top free agent, while a Chicago zip code isn’t out of the question with the Cubs. The Yankees will do everything in their pinstripe power to bring their big man back to the Bronx.

From the Bronx to Queens, the New York Mets have a valuable free agent that may also escape New York. While Brandon Nimmo and every FA outfielder that follows him is miles away from Aaron Judge, they are still valuable gets.

Nimmo is coming off a very productive season with the Mets. The 29-year-old set a new career-high with 64 RBI and led the club with a personal-best 102 runs scored.

New York has extended its leadoff man a $19.65 million qualifying offer, but with many teams reportedly interested in Nimmo’s services, he should get a better offer on the free market. Sure, the Mets’ offer is a big jump from Nimmo’s $7 million 2022 salary. Still, the Boston Red Sox, Cleveland Guardians, Philadelphia Phillies, Seattle Mariners, or Toronto Blue Jays will likely give Nimmo something to think about.

The Yankees could end up losing two-thirds of their outfield if Aaron Judge and Andre Benintendi bounce. Benintendi’s second-half numbers considerably dipped, with him playing only 33 post-deadline games. The 28-year-old hit just .254, two home runs, and 12 RBI after hitting .320 in his first 93 games of 2022.

After taking the gold glove in 2021, Benintendi was a finalist again this year and is one of the best defensive left-fielders in the game. His defense, along with his productive first half at the plate, landed the former Royal his first All-Star nod.

After moving from the Kansas City Royals to the Yankees at the trade deadline, Benintendi could be wearing his third baseball jersey in under a year. The Chicago White Sox, Houston Astros, and Pittsburgh Pirates are all said to be interested in the slick fielder. Like Nimmo, A-Ben should command a salary in the $20 million range after making $8.5 million in 2022. 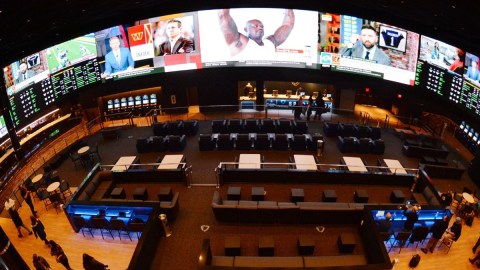 Welcome To Sports Betting, Massachusetts! What To Know Before Placing Wagers