The Philadelphia 76ers were dealt another blow amid their 2022-23 campaign, not even 20 games in.

Veteran guard Tyrese Maxey became the latest 76ers injury concern after suffering a left foot injury, which sidelined him for the remainder of the second half of Friday’s 110-102 win over the Milwaukee Bucks. While playing just 21 minutes in the matchup, Maxey still finished with 24 points along with four rebounds and five assists.

However, the most recent update on Maxey’s health isn’t encouraging.

Maxey has served as a major sign of optimism for Philadelphia following the right foot tendon strain of All-Star guard James Harden — initially set to sit Harden for a month. During Harden’s absence, Maxey seized the opportunity to fill the void for Philadelphia. The 22-year-old has averaged 22.9 points — a career-high and runner-up for the team lead — 3.5 rebounds and 4.4 assists while shooting 46.2% from the field, 42.2% from 3-point territory and 73.8% from the free-throw line in 15 games started.

With Maxey becoming the latest primary scoring contributor to go down, oddsmakers have shifted their initial outlook on the 76ers, which before the season had Philadelphia ending its year as the fourth seed in the Eastern Conference with +650 odds, trailing the Boston Celtics (+230), Milwaukee Bucks (+310) and Brooklyn Nets (+650).

Fifteen games later, with the 76ers sitting in eighth place in the Eastern Conference at 8-7 prior to their home matchup against the Minnesota Timberwolves, those odds have shifted. Ahead of tipoff, Philadelphia’s odds of finishing as the No. 1 seed have fallen to +1000 and betting favorites for the fifth seed, according to DraftKings Sportsbook.

While Maxey accounted for over 22% of Philadelphia’s field-goal attempts per contest — notching an 18.2 total average — head coach Doc Rivers and the 76ers will need a major dark horse boost in their offense in order to avoid a significant early-season standings deficit.

Riding a nine-game winning streak following their 117-109 victory over the New Orleans Pelicans, the Celtics can widen their gap from the division rival 76ers. Ahead 4 1/2 games after 16 games played, the Celtics — at 13-3 — have been the hottest team in the NBA. Meanwhile, the 76ers will be tasked with keeping themselves afloat in the East while waiting for the much-needed returns of Maxey and Harden.

The Celtics and 76ers next meet on Feb. 8 at TD Garden for the first time since opening night. 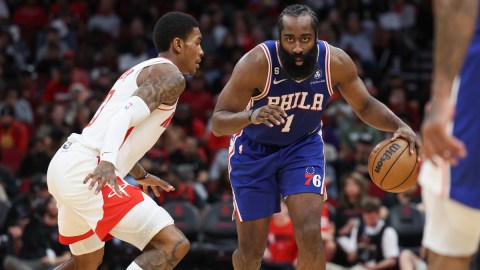 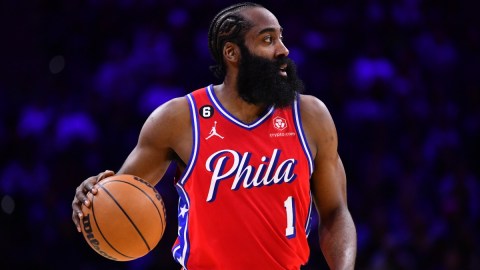