Could Pittsburgh Pirates outfielder Bryan Reynolds be headed to the Lone Star State? According to Jon Morosi of MLB Network, the Texas Rangers “are among the top remaining suitors” to acquire the 27-year-old.

The #Rangers are among the top remaining suitors for #Pirates OF Bryan Reynolds, as I just reported on @MLBNetwork.

The Pirates want high-upside pitching prospects for Reynolds, and Texas has 3 pitchers among the @MLBPipeline Top 100: Leiter, White, and Porter. @MLB

Reynolds, who has spent his entire big league career with the Pirates, requested a trade in December after talks regarding a long-term contract extension reached an impasse.

Pittsburgh management is reportedly adamant about wanting at least one top pitching prospect in return for the 2021 All-Star. The Rangers have those assets, boasting three hurlers in MLB Pipeline’s Top 100, Jack Leiter, Owen White, and Brock Porter.

Across four MLB seasons, Reynolds holds a lifetime .281 average with 74 home runs and 239 RBI in 493 games. In addition to his strong play on the field, the Baltimore native is under team control through the 2025 campaign, making Reynolds even more attractive in any potential trade.

FanDuel Sportsbook currently has the Pirates at +6000 odds to win the NL Central Division. 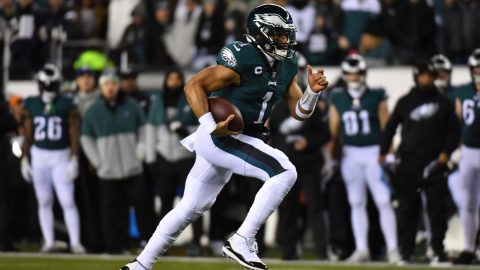