For the second-to-last time this NFL season, NESN.com’s panel of pickers have surveyed the point spreads, considered the scenarios and then picked names out of a hat to predict who will be victorious in Week 16. As the Carolina Panthers pursue perfection, check out whether our experts can take a baseball bat to Las Vegas’ lines.

Let’s see how our guys expect Week 16 to play out.

THURSDAY, DEC. 24
San Diego Chargers (4-10) at (-5) Oakland Raiders (6-8), 8:25 p.m. ET
Ricky: Raiders. It’s funny, really. Oakland’s pedestrian pass defense could be problematic on a day when the Raiders bid farewell to one of the best defensive backs in NFL history. That said, the Chargers’ 30-point effort last week against the Dolphins seems like a fluke when you consider San Diego scored exactly three points in three of its previous four games.
Ben: Raiders. The bettors like Oakland, even though it’s 2-5 against the spread at home this season. That’s because the Raiders haven’t played those seven home games against the Chargers.
Mike: Raiders. It could be the final game in Oakland, and it will be Charles Woodson’s final home game. That’s gotta be worth a few points, at least.

SATURDAY, DEC. 26
Washington Redskins (7-7) at (-3) Philadelphia Eagles (6-8), 8:25 p.m.
Ricky: Eagles. The Redskins have won back-to-back games, including a Week 14 showdown in Chicago. That 24-21 victory over the Bears stands as Washington’s lone road victory this season, though, so I’ll take the home team this week in a game that’ll undoubtedly be decided by a costly turnover.
Ben: Redskins. As I say every week, don’t make a habit of betting either way on the Eagles. They’ll only screw you over, royally.
Mike: Redskins. This is undoubtedly a trap game, as everyone will be betting on the Redskins, but that’s just way too many points to pass up.

SUNDAY, DEC. 27
(-7.5) Carolina Panthers (14-0) at Atlanta Falcons (7-7), 1 p.m.
Ricky: Panthers. The Falcons probably want revenge for their 38-0 loss to the Panthers in Week 14. That’s nice. I’d like beachfront property in Aruba, a date with Mila Kunis and prime rib for dinner every night. The point? You don’t always get what you want.
Ben: Panthers. Congratulations to the Falcons, who snapped their nine-game ATS win streak. It came against the Jaguars, though, so it barely counts.
Mike: Panthers. The Falcons needed Blake Bortles to lose his you-know-what in order to steal a win in Jacksonville last week. They won’t be as lucky this week, especially with Josh Norman locking up Julio Jones.

Dallas Cowboys (4-10) at (-7) Buffalo Bills (6-8), 1 p.m.
Ricky: Bills. If you think the Cowboys will cover this week, you’re wrong. You’re dead wrong.
Ben: Bills. This is a rematch of Super Bowls XXVII and XXVIII, both of which Dallas won, but unlike Troy Aikman, I don’t dwell in the past.
Mike: Bills. This.

San Francisco 49ers (4-10) at (-10) Detroit Lions (5-9), 1 p.m.
Ricky: Niners. All I want for Christmas is for this game to be wiped off the schedule.
Ben: Niners. I cannot wrap my head around a 5-9 Lions squad being double-digit favorites against any team besides Saint Juliet’s Sisters of the Poor Academy. And St. Jul’s has a heck of a front seven.
Mike: Lions. Detroit isn’t great, but they can front-run with the best of them. So if they get an early lead — against a bad Niners team playing an early game — I think this one will get ugly early.

Cleveland Browns (3-11) at (-14) Kansas City Chiefs (9-5), 1 p.m.
Ricky: Chiefs. The Broncos better start warming up to the idea that Kansas City is going to win the AFC West. This week should be a bloodbath.
Ben: Chiefs. Man, that sure is a lot of points, but the Chiefs are taking a WeedWacker to the spread lately. Who can argue with 7-1 ATS in K.C.’s last eight games?
Mike: Chiefs. One of these teams, Kansas City, has the second-best turnover differential in the league. The other, Cleveland, has the fifth-worst. So, yeah.

(-3) New England Patriots (12-2) at New York Jets (9-5), 1 p.m.
Ricky: Patriots. The good news for the Jets? They’ve won four straight. The bad news? The Patriots are way better than the Dolphins, Giants, Titans and Cowboys.
Ben: Patriots. The OddsShark computer predicts a 26-16 Jets victory, but my Prodigy-enabled computer says that’s unrealistic.
Mike: Jets. The Jets have made a habit of covering as home dogs against New England (four straight), and the Patriots’ injury thing is real. Believe in Fitzy!

Chicago Bears (5-9) at (-3) Tampa Bay Buccaneers (6-8), 1 p.m.
Ricky: Bucs. Weird fact, via OddsShark: The Bears are 1-19 in their last 20 games as road underdogs in December. Do whatever you want with that information.
Ben: Bears. See, at this point in the season, I’d just like to ignore games like this and get on with my life. Sort of like the Bears’ attitude to every game since the end of November.
Mike: Bears. Tampa Bay has been a favorite of three points or more at home four times since the start of last season, and they’ve covered 0.0 times.

(-11.5) Pittsburgh Steelers (9-5) at Baltimore Ravens (4-10), 1 p.m.
Ricky: Steelers. The Ravens have been outscored 69-20 over the last two weeks against the Seahawks and Chiefs. I shudder to think what Big Ben and Co. have planned for this week.
Ben: Steelers. I’m not betting against the Steelers’ offense. Are you crazy?
Mike: Steelers. How bad and banged up are the Ravens? I’m taking the Steelers, despite the fact they’re 0-7 ATS in their last seven games as road favorites of 10 points or more.

Green Bay Packers (10-4) at (-4.5) Arizona Cardinals (12-2), 4:25 p.m.
Ricky: Packers. I love the Cardinals, but losing Tyrann Mathieu for the season will hurt, especially against a team quarterbacked by Aaron Rodgers. A field goal decides this one.
Ben: Packers. You give me Rodgers and points, I’m going to take it.
Mike: Cardinals. The Packers have been underdogs 12 times since the start of the 2012 season. They’re 3-9 ATS (and straight-up) in those games.

St. Louis Rams (6-8) at (-14) Seattle Seahawks (9-5), 4:25 p.m.
Ricky: Seahawks. Seattle has been beating up on bad teams — a couple of good ones, too — since mid-November. Why should I expect that to change this week? The ‘Hawks have won five straight games ATS — they covered two 14-point spreads and a 10.5-point spread in that span — and the Rams are 1-4-1 ATS on the road this season.
Ben: Seahawks. The Seahawks are going to win the Super Bowl, aren’t they?
Mike: Seahawks. I don’t see how the Rams are going to score points in this football game, to be honest.

New York Giants (6-8) at (-5.5) Minnesota Vikings (9-5), 8:30 p.m.
Ricky: Vikings. Adrian Peterson has looked human the last three weeks — a sign he’s banged up — but Teddy Bridgewater is showing signs of becoming a legitimate NFL quarterback. The 23-year-old QB should have plenty of opportunities to take another step forward this week against a Giants pass defense that ranks last in the NFL.
Ben: Vikings. No Odell Beckham for New York, potentially, which means Eli Manning will be throwing to a 47-year-old Chris Calloway and a 48-year-old Howard Cross. Haha, just kidding. The Giants’ receivers aren’t actually that good.
Mike: Vikings. Minnesota isn’t great, but they’re pretty darn good at beating up on bad teams. The Giants without OBJ are a bad team.

MONDAY, DEC. 28
Cincinnati Bengals (11-3) at (-3.5) Denver Broncos (10-4), 8:30 p.m.
Ricky: Bengals. Cincinnati is 7-0 ATS on the road this season. Denver, meanwhile, is 1-4 ATS in its last five games as favorites. That half-point could be huge, as this game figures to be tight.
Ben: Bengals. I’ll take whoever’s getting points in a battle between A.J. McCarron and Brock Osweiler.
Mike: Broncos. I’m probably giving the Denver defense too much credit, but I feel like Wade Phillips is smart enough to go into this game with a gameplan that revolves around trying to make McCarron beat him. 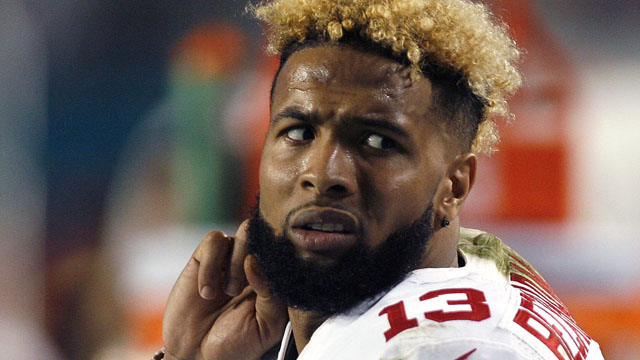 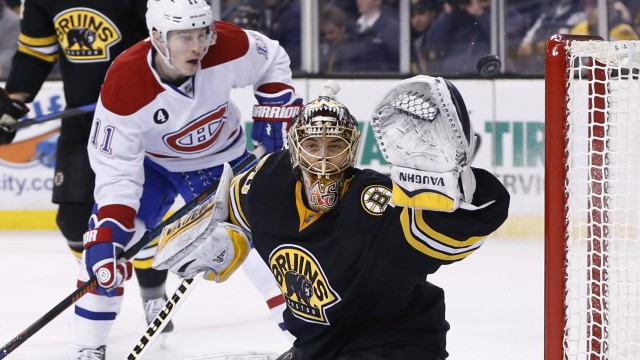