The U.S. men’s national soccer team has entered a new FIFA World Cup cycle and it will take on the world without its biggest-ever gun — Landon Donovan.

Team USA bid farewell to Donovan, it’s all-time leading goal scorer and assist provider, during Friday’s home draw with Ecuador. It was an emotional evening for all, which took the focus off the result.

The United States then reloaded and regrouped ahead of Tuesday’s game against Honduras. Sunderland misfit Jozy Altidore scored early, but Team USA faltered once again and conceded a late goal. That game also ended in a draw.

NESN.com soccer editor Marcus Kwesi O’Mard and the Boston Globe’s Frank Dell’Apa discussed Donovan’s international retirement, the United States’ recent results and performances and analyze the new storylines that emerged from the game. They also took on one of the week’s hottest topics — the possibility of promotion and relegation in U.S. Soccer. Dell’Apa thinks it would be a good thing. O’Mard says it is “inevitable.”

Listen to it all in our latest soccer podcast.

Review our live blog of USA-Honduras >>

Review our live blog of USA-Ecuador >> 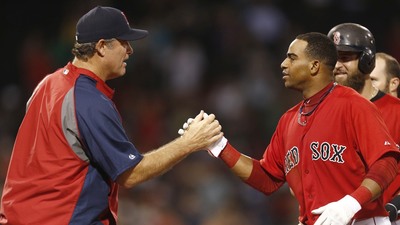 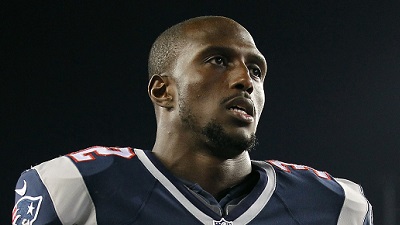 Patriots Podcast: Banged-Up Defense Could Be Vulnerable Vs. Bears