There are countless reasons for the New England Patriots’ prolonged success, but when asked why his team has strung together so many winning seasons, head coach Bill Belichick stressed bucking trends.

Belichick spoke Thursday at the 2016 Salesforce World Tour event in Boston, answering questions from vice chairman and president Keith Block for over 10 minutes.

“One of the things we’ve tried to do is be a little bit of an outlier in some respects,” Belichick said. “When I came to the Patriots in 2000 as the head coach, we played a 3-4 defense, and we only had two teams in the NFL, us and the Pittsburgh Steelers, who played a 3-4. We had quite a bit of success, won three Super Bowls in four years, and by 2005, half the league was playing a 3-4 defense. So when I came here trying to find a nose tackle like Ted Washington, it was easy because no one else wanted him. Five years later, if we were looking for a nose tackle, there were probably five other teams in the draft ahead of us.

“We’ve kind of had to find different players, different schemes, whether it be tight end-based offenses or whether it be going from an odd to an even front defensively, whatever it happened to be, trying to find different ways to capitalize on the talent that’s available. Otherwise, we’re going to get like the fifth-, sixth-, seventh-best guy at whatever the position is. So we’ve tried to take more of our way in areas that are less populated.”

After the Patriots deployed tight ends Rob Gronkowski and Aaron Hernandez as starters in 2010, the rest of the league began to follow suit and tried their own two-tight end scheme. The trend now is dying down, and the Patriots again added another starting-caliber tight end in Martellus Bennett to complement Gronkowski.

Belichick didn’t want to pat himself on the back too hard for the Patriots’ string of winning seasons, however.

“It all comes back to the players,” Belichick said. “We have great players. You don’t win without great players in the National Football League. We’re very fortunate to have a great group of people that work hard, that commit themselves to the team and that are tireless workers. No matter what scheme we’ve played or what we’ve done, we’ve had different offensive coordinators, different defensive coordinators, different personnel directors, but we’ve all been committed to a common goal, and I think that’s really the hallmark of our team with great leadership from the Kraft family at the top.”

Belichick also touched on what he looks for in a player before adding him to the Patriots.

“You’ve got to love what you’re doing,” Belichick said. “I’m fortunate. I have a great job that definitely beats working. If you like football, you like to come in, work on football, then the New England Patriots is a great place to be. If you don’t, if it’s a job, if you’d rather be doing something else, then honestly, you’d be better off with another team. 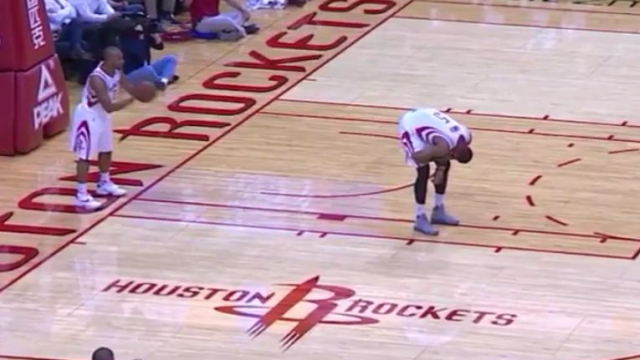