FOXBORO, Mass. — Given the uneven start to his Patriots career, rookie running back Rhamondre Stevenson understandably wants to do everything exactly the way he’s supposed to.

That includes not being late to the locker room after a game. However, after New England’s 50-10 win over the Jacksonville Jaguars on Sunday, Stevenson couldn’t help but do something off-script.

Stevenson, an Oklahoma product, spotted a Patriots fan holding up one of his Sooners jerseys. After asking fans for a pen, Stevenson eventually got one and signed the jersey.

(The cool moment was captured on video, which you can watch here.)

“I was trying to get to the locker room as quick as possible but I seen the Oklahoma jersey — I had to sign it,” Stevenson said during his postgame news conference after a question from ESPN’s Mike Reiss. “So, that was love.”

Stevenson, who missed the Week 16 loss to the Buffalo Bills while on the reserve/COVID-19 list, was impressive in his return Sunday. The first-year back ran for 107 yards and two touchdowns on 19 carries.

For the season, Stevenson now has 572 yards and five TDs on the ground to go along with 121 yards as a receiver.

He and the Patriots will wrap up their regular season schedule this Sunday when they visit the Miami Dolphins. After that, it’s on to the playoffs.

Rob Gronkowski Delivers Simple Message As He Arrives For Rams-Bucs 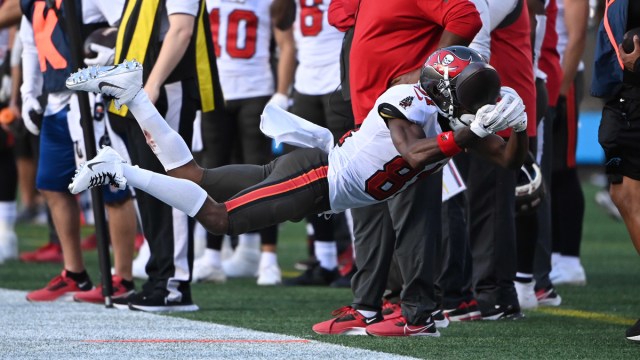 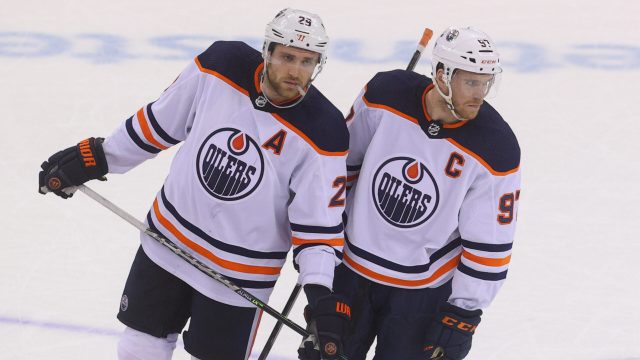 NHL Betting Guide for January 3: Getting back on track with the Oilers