For Doc Rivers and the 2009-10 Celtics, this might be the toughest challenge yet.

The Celtics are fully aware of what lies ahead. If they want to hoist an 18th banner to the rafters at the Boston Garden, they've got a lot of obstacles in their way. Three thousand miles away, there's an L.A. Lakers team poised to repeat as champions, and they've only gotten better this offseason with the arrival of Ron Artest.

In their own conference, the C's will have to contend with a revamped Magic team that's added Vince Carter, and a star-studded Cleveland lineup that's added Shaquille O'Neal to go along with the game's best player, LeBron James. Contending in this NBA won't be easy — the best have only gotten better.

And as the Celtics continue to age, the task ahead of them won't get any easier. Ray Allen is now 34; Kevin Garnett is 33, and Paul Pierce is on the verge of turning 32 himself. They've now added to that nucleus with Rasheed Wallace, who turned 35 last month.

With all these veterans and all these egos floating around, the onus is on the coach to keep the ship afloat.

Doc Rivers should have no trouble there.

Doc is the ultimate players' coach. As a 13-year veteran of the NBA himself, an All-Star point guard and a member of 10 playoff teams, Doc knows how to juggle the egos on a dynamic basketball team. Whether it's the Atlanta Hawks of the 1980s or the Celtics of today, the man knows how a team operates.

When he first inherited the Big Three that led the Celtics to their last championship, he was facing an usual challenge as a team leader. He was dealing with three men who had all grown accustomed to being the center of attention. Allen, Garnett and Pierce — in their previous situations, each one was The Man in his respective city. To make all three set their egos aside and work as one, it took leadership. Doc brought that leadership without skipping a beat.

Now that the Big Three have come together as one, Doc will have new challenges to face. And it's not just the age problem. What will he do with his wealth of big men? Garnett, Wallace, Kendrick Perkins, Glen Davis, Shelden Williams, maybe even Michael Sweetney — how do you balance them all? What if Wallace becomes a clubhouse cancer and demands more minutes, more touches and more shots? What if injuries strike again?

There are a lot of what-ifs, and outside the team's starting five, very little is certain. Doc will have to learn the game of his new bench swingman, Marquis Daniels, and figure out exactly how to use him. He'll have to find out whether Eddie House makes sense as a backup for Rajon Rondo, or whether he should move to shooting guard and let Lester Hudson try some time at the point. All in all, Doc is looking at four new players on his revamped bench, and he's got a lot to figure out.

Sometimes, it's easy to win when you're loaded with talent. But in Doc Rivers' case, there were always challenges along the way. Boston is a deep sea of ego and money, and it took a confident, assured man to wade through it all.

Doc knows when to step aside and let his players do the talking. On a team with veteran leadership like this, it's often right to let a guy like Kevin Garnett lead by example.

But Doc also knows when to get in there and yell. He steps in and takes control at exactly the right times, which is what makes him the right leader for these Celtics.

It's hard to believe that just three years ago, the chants of "Fire Doc!" filled the Garden. A lot's changed in three years.

With a little bit of talent on his roster, Doc has turned it all around. In the words of Kevin Garnett — "what can you say now?"

Doc has silenced all the doubters. He may not always get the credit he deserves for leading these Celtics, but if he can bring home another championship next spring, he'll get a little bit closer.

The Celtics' coach has already proven that he can win. But this town is already greedy for more. Let's see if Doc's got another title in him. 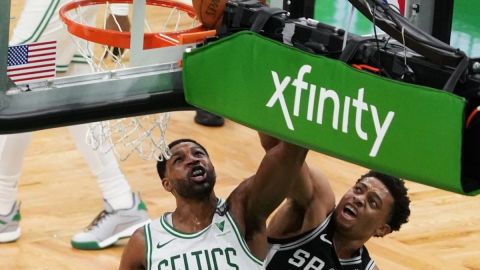 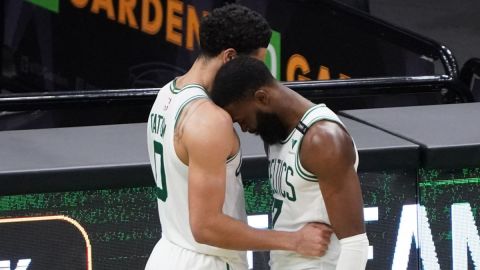