It's an exciting day here in Buffalo, as the Sabres and Bruins get ready for Game 1 in what many are predicting to be a very long series between two pretty evenly matched teams.

Buffalo's Tim Connolly (second on the Sabres in points) is expected to be back after recovering from what was reportedly a foot injury. He missed the last nine games, including the most recent two games against Boston. Andrew Ference, who has been dealing with a groin injury/hernia, will be returning to the lineup for Boston.

I got a chance to ask the Boston players what they think will be the keys to this series. Here's a compilation of their responses: 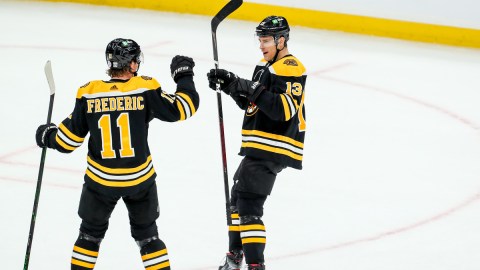