That was the night they watched in amazement as the Red Sox did the impossible, finishing off a four-game sweep of the St. Louis Cardinals to win Boston's first World Series in 86 years. Countless images remain forever frozen in the memories of Red Sox fans worldwide,among them the shot of Manny Ramirez sprinting toward the infield, untucking his jersey, shouting in excitement and pointing to the sky.

Ramirez had reason to be excited, of course, and it went back all the way to his first days as a member of the Red Sox.

Massarotti recently revisited that quote, and brilliantly, it casts a different light on Ramirez's career with the Red Sox. Nearly four years after making that statement, Manny got his wish.

Though his partner in crime, David Ortiz, came through time and time again throughout the playoffs, it was Ramirez's performance that was deemed most valuable in that four-game set against the Cardinals. He had batted .412 against St. Louis, driving in four runs and homering once. The numbers weren't overly gaudy, but as the offensive leader for the Red Sox for four seasons, it would be hard to say he didn't deserve the honor.

It also would be hard to say he even cared about the honor. In the champagne-soaked locker room, commissioner Bud Selig presented the trophy to Ramirez, who spent much of the ceremony pointing to his teammates and generally disregarding what Selig had to say. He grabbed the trophy, barely looked at it, inexplicably said, "We want Alex!" and then went back to his teammates.

Given the ups and downs of Ramirez's Red Sox career, it was a perfectly fitting moment. He was being celebrated for excelling at his craft, and at the same time he left everyone puzzled, saying that "I think you make your own destination."

Ultimately, he made his destination Los Angeles, but that night in October, things couldn't have been sweeter for Manny Ramirez and the Boston Red Sox.

Each day leading up to Manny's return to Boston on Friday night,
NESN.com has run through one highlight and one lowlight from his career
with the Red Sox. 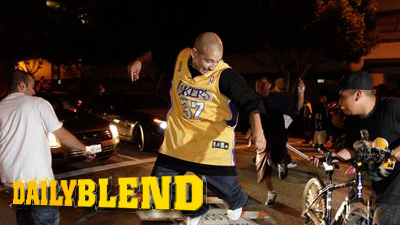