The left-field wall at Fenway Park won’t be the only monster in Boston. Say hello to Adrian “Gonzilla” Gonzalez.

The Red Sox’ new first baseman isn’t 37 feet tall, but by the end of his playing days in New England, if everything goes according to Theo Epstein‘s plan, Gonzalez will be the source of more tall tales than Paul Bunyan, Big Papi and The Kid combined.

Gonzilla is the new nickname Red Sox fans have given their new first baseman. In a vote on NESN.com, Gonzilla beat El Padre 56.9 percent to 43.1 percent to win the nickname competition.

Paht deserves credit for coming up with the name, and Red Sox fans figure to be seeing and hearing “Gonzilla” many more times over the next couple of days, weeks, months, years and decades — in headlines, during broadcasts, on bumper stickers, billboards and T-shirts.

The list of possibilities is endless. Feel free to leave your own creative ideas for the uses of “Gonzilla” in the comments section below.

The fun has just begun. 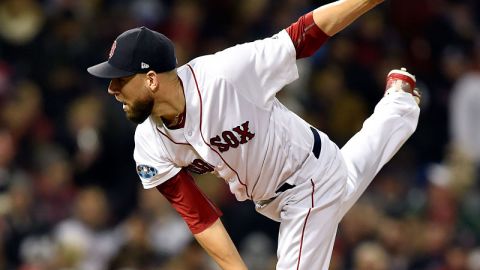