Kobe Bryant Says He Doesn't 'Even Know' What Jeremy Lin Has Done, Laughs at Idea of Guarding Him (Video) - NESN.com Skip to content

For the past week, Jeremy Lin-mania — also known as Linsanity — has dominated much of the discussion in the NBA.

The 6-foot-3 guard has averaged 25.4 points and 8.3 assists the past three games, forcing everyone to take notice and even prompting rapper Mega Ran to write a song about the Harvard alum.

Well, everyone except the Lakers’ Kobe Bryant, according to WEEI.

Bryant touched on a variety of subjects during his postgame interview following L.A.’s overtime win over Boston Thursday, from his thoughts on the Super Bowl to how he told Doc Rivers his son has “big cojones” for hitting the game-winning shot for Duke in Wednesday’s victory at North Carolina.

But one topic in particular — the recent play of Knicks guard Jeremy Lin — seemed to set him off a bit.

“I know who he is, but I don’t really know what’s going on too much with him,” Bryant said. “I don’t even know what he’s done. Like, I have no idea what you guys are talking about. I’ll take a look at it [Thursday night] though.

“What the [expletive] is going on?,” he added. “Who is this kid? I’ve heard about him and stuff like that, but what’s he been doing? Is he getting like triple-doubles or some [stuff]? He’s averaging 28 and eight? No [stuff]. If he’s playing well, I’ll just have to deal with him.”

Bryant, a nine-time member of the NBA All-Defensive Team, also laughed at the idea of having to guard Lin when he and the Lakers take on the Knicks Friday.

Check out the interview in the video below. 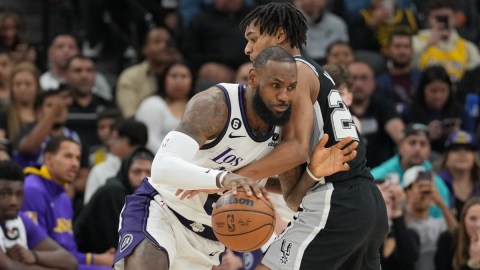 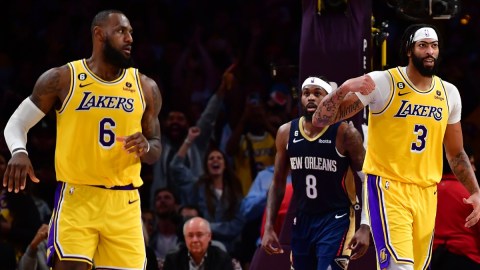