Claude Julien Has Brought Stability and Success to Bruins With Longevity Rarely Seen in NHL - NESN.com Skip to content 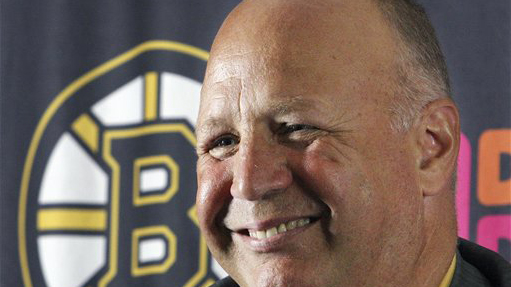 With a freshly signed multiyear extension to remain behind the Bruins bench, Claude Julien is poised to enter some rarefied  territory in the NHL coaching ranks.

Julien has already spent five seasons in Boston, with one more to go before the extension announced on Tuesday kicks in. He stands third all-time in franchise history with 410 games coached and fourth with 228 wins. If he stays through the duration of the extension, he’ll have a chance to climb all the way to the top in both categories, surpassing the 728 games and 361 wins of the legendary Art Ross.

Julien has already surpassed most of his contemporaries. The coaching profession at hockey’s highest level isn’t known for producing much stability or job security. In the five years since Julien came to Boston in 2007, there have been 84 coaches in charge of the league’s other 29 teams.

Only four current head coaches have been with the same team longer than Julien. Alain Vigneault was hired by Vancouver a year before Julien joined the Bruins, while Mike Babcock‘s tenure in Detroit predates Julien’s stint in Boston by two years. Then there are the ultimate survivors. Barry Trotz is the only coach Nashville has had in its history, stepping behind the Predators bench for their inaugural season in 1998-99 after being hired in 1997. Buffalo’s Lindy Ruff took the helm of the Sabres in 1997 as well, and has remained in charge ever since.

“Well there’s no doubt right now they’ve got to be my idols,” Julien said of Trotz and Ruff. “I’d love to be able to do the same thing they did. And I say that sincerely. I love it here and my goal is to continue to coach here and I’m going to do the best I can in order to make that happen.”

Julien has already accomplished one thing that’s eluded both Trotz and Ruff. That’s getting his name engraved on the Cup. That honor came in 2011, when Julien’s Bruins kept Vigneault and the Canucks from winning their first championship.

Despite inheriting a team that had finished dead last in the Northeast Division each of the previous two seasons, Julien has reached the postseason in each of his five years in Boston and won three division titles. His five-year stint already equals the longest run for a head coach in Boston in the last 50 years, matching Don Cherry‘s five-year reign from 1974-79. Only Milt Schmidt, with a stint that spanned six-plus seasons from 1954-61, has been behind the Bruins bench for a longer continuous stretch.

Julien’s arrival followed a particularly turbulent period for Bruins bench bosses. Boston ran through six different head coaches in the six seasons before his hiring. Before Julien’s tenure brought an end to the Bruins’ 39-year championship drought, 19 other coaches had run the Bruins’ bench since Tom Johnson guided the club to its last Cup in 1972.

So how has Julien managed to enjoy such longevity while his counterparts are being recycled regularly? It stems largely from his ability to adapt. The game is constantly changing, and a coach must change with it or risk becoming obsolete.

“I really think it’s making sure you evolve with the game,” Julien said. “I think it’s changed over the years, we all know that. And, I look back at a guy like Scotty Bowman who lasted, even though he went through different teams as well, he lasted a long time as a great coach because he was able to adapt with the game. I’m not that narrow-minded that I don’t realize that stuff. And I continue to try and learn every year that I’m out there.”

Still, even with a sound philosophy and a track record of success, the message can get stale. That helps explain the high turnover for coaches in the NHL, but Julien has combated that by varying the delivery of his message.

“The one thing you try to do as a coach is you try and keep things fresh,” Julien said. “Every year you try and attack certain areas that will maybe change just a little bit to give guys a fresher look and that’s how you keep your team interested and intact and hopefully competitive.”

Bruins general manager Peter Chiarelli, who hired Julien five years ago and signed him to his second extension this week, lauded the coach’s leadership and ability to maintain the respect of his players over his lengthy tenure.

“It’s about commanding respect, and it’s about motivating the players in a respectful way and a professional way,” Chiarelli said. “It’s about the ideas, the formats, the approaches. It’s all professional and it’s all to an end, and there’s a plan. And Claude’s ability to have that persona and to have players respect what he stands for, and to then be able to deliver that message in a way that engages them, that’s what I see as leadership and that’s what Claude has. And part of that leadership — a large part of that leadership — is character.”

Character like that is a rare commodity, almost as rare as an NHL coach staying in one place this long.

Tim Thomas Posts Statement on His Facebook Page, Declaring ‘I Stand With Chick-fil-A’