Writing messages on one’s eye black is nothing new in professional sports.

Plenty of athletes have made statements with their in-game makeup from time to time, from Tim Tebow‘s bible verses to Mark Herzlich‘s Batman mask to Bryce Harper‘s whatever the heck his design is.

Toronto Blue Jays shortstop Yunel Escobar appears to have crossed the line with his latest foray into the world of eye black, after he was photographed wearing eye black with a gay slur written on in Spanish.

The photograph, taken during the Blue Jays-Red Sox game on Saturday, shows Escobar with “Tu ere,” meaning “you are,” written on one piece of eye black tape, and the gay slur on the other.

Escobar’s decision now appears to be getting him into some trouble with the league, and deservedly so. MLB spokesman Pat Courtney told ESPN’s Jerry Crasnick that the commissioner’s office is “looking into” the situation, but there isn’t any indication of pending discipline at the moment.

The unfortunate choice of accessories for Escobar now puts the baseball world in a harsh light, considering the changing attitudes exhibited in the other three main pro sports leagues.

The NBA has handed out a $100,000 fine to Kobe Bryant after he directed a homophobic slur at a referee, and NFL punter Chris Kluwe recently was applauded for his (foul-mouthed) rant backing Ravens linebacker Brendon Ayanbadejo, who came out in support of gay marriage. The NHL is well-known for its You Can Play project supporting gay rights, and many high-profile players have come out in support of the cause.

In this environment, the MLB would do well to come down hard on Escobar and set an example to get in front of the issue. The league has shown a willingness to drag its feet on things like instant replay, but staying quiet here would not be holding onto tradition — only ignorance.

Twenty-four hours later, it still hurts to see this. “I think practice is practice.”
–Patriots head coach Bill Belichick, who will never be confused with Allen Iverson

Just wait until you see the rest of the NFC East. 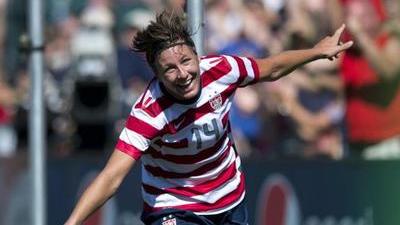