Report: Andrew Bynum Further Injured Knee While Bowling, Will Be Out Until At Least January - NESN.com Skip to content

If the criteria for what makes a sports a sport includes the ability to be injured while doing it, bowling just got its official “it’s a sport” card.

The sport is apparently dangerous enough that it could fell an NBA 7-footer.

Andrew Bynum, who hasn’t played for the Philadelphia 76ers for weeks due to lingering knee injuries, further hurt himself earlier this month while bowling, according to ESPN. While Bynum’s right knee is what is keeping him out as long as into January, it’s the left knee that reportedly got messed up while Bynum was knocking down some pins.

“I had a little bit of a setback, and we’re just working through some issues with the right knee,” Bynum said Friday night, according to ESPN, which found out via sources that Bynum had inflamed the left knee by bowling. “I kind of have a mirror thing going on with my left knee. I don’t know what’s going on, but the doctors are saying pretty much that it’s a weakened cartilage state.”

Few details have emerged about what exactly happened to Bynum’s left knee while he was bowling, but the big man — who has struggled with weak joints and lingering injuries throughout his career — is taking his time rehabbing to make sure everything is fine.

Thanks to Amar’e Stoudemire, though, Bynum has only the second dumbest sports injury ever for an NBA center.

Click here for the Top 10 dumbest injuries in sports history>> “We have an offense, and then he creates another offense at times.”
–Boston coach Doc Rivers, on Rajon Rondo’s 20-assist night

That’s what we’re all thinking.

It’s OK. I think they clean the Indiana University basketball court once in a while. 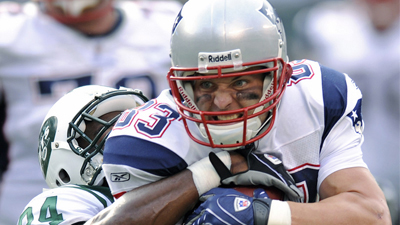