Colin Kaepernick was viewed as the 49ers’ starter-in-waiting since they spent an early second-round pick on him last year. But even with all his promise and potential, no one could have predicted that Jim Harbaugh would make the switch to the kid

Once incumbent starter Alex Smith left the game with a concussion during the 49ers’ Week 11 tie with the Rams, Kaepernick was essentially handed the keys to the corvette. Since then, the second-year kid from Nevada has taken over as the man in San Fran, and he’s made the 49ers’ offense even more dangerous in the process.

With Kaepernick under center — or should I say behind center, given the oft-used pistol formation — the 49ers’ offense has actually become more productive. Not only has Kaepernick kept nearly the same level of accuracy, completing better than 67 percent of his throws, but he’s actually provided a boost to the 49ers’ passing game and their weekly points output.

In games started by Kaepernick — not counting the split time for either in the first Rams game — the 49ers have actually thrown for an average of 10 more yards per game. They’re averaging 206 passing yards per game with Smith and 217 with Kaepernick, and scored more than two points more per, going from almost just under 24 points with Smith to 26 with Kapernick. Those numbers alone prove that Kaepernick has benefited the offense, not to mention the 240 rushing yards and three touchdowns he’s produced over the past five weeks.

It’s a sad reality for Smith, but Kapernick is clearly the more effective and impactful quarterback, and he just so happens to be their best option to reach the Super Bowl.

On Sunday, Kaepernick will lead the 49ers into New England for a potential Super Bowl preview. The Patriots may have figured out how to shut down the Texans last week, and even how to stop a running quarterback like Tim Tebow last season — twice, in fact. But Kaepernick is a completely different beast.

Not only is he an athletic quarterback, but he’s a good one. He has halfback speed, which was on display just last week with a 50-yard touchdown run to seal a win over the Dolphins. As alluded to earlier, Kaepernick has been a very precise passer on the season. But the elusive quarterback also has a very strong arm, which could prove even more deadly if old friend Randy Moss decides to exploit the Patriots’ still-suspect secondary on Sunday night.

One of the worst secondaries in football midway through the season, the Patriots have seen vast improvements in the defensive backfield recently. The addition of cornerback Aqib Talib has paid great dividends for the Patriots, and his impact on the secondary will be just as key this weekend. But the secondary won’t be able to continue their solid play without some help from the pass rush.

So, with the dual-threat quarterback leading the NFC-favorite 49ers into Foxboro for a Sunday night showdown, the relentless work of Vince Wilfork and the Patriots’ defensive line will be even more important. Given Kaepernick’s efficiency as a passer, the Patriots will have to pressure him with the pass rush. But then considering his speed and agility, those pass rushers will also need to play the role of protectors and ensure that the shifty sprinter doesn’t get outside the pocket.

Kaepernick’s versatile skill set make him a considerable threat to any defense, nevermind an improving but not yet fully sound Patriots unit. Even with plenty of areas of concern heading into what should be one of the most exciting games of the season, Kaepernick should be a high priority for Bill Belichick and the defense. The kid’s dangerous, and he might be the best chance the 49ers have at taking down the Patriots on what’s expected to be a wet and snowy Sunday in Foxoboro. 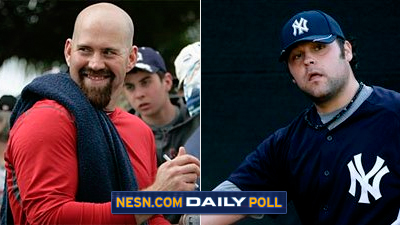 Vote: What Two Athletes Would Make the Oddest Teammates? 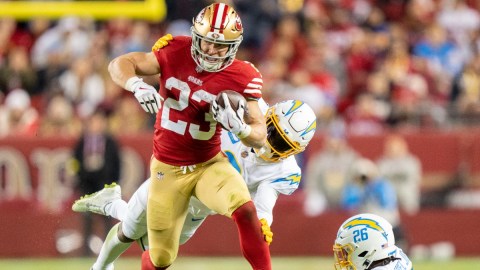 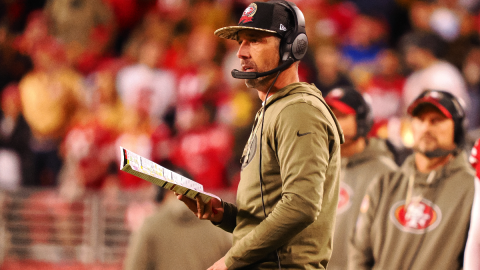 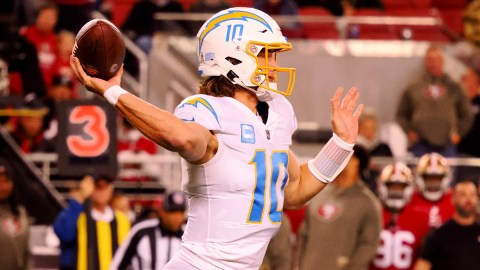