John Farrell recently said it looked as if John Lackey had lost 12 to 15 pounds. The Red Sox skipper might be underselling him a bit.

The Boston Globe’s Peter Abraham and ESPN’s Gordon Edes both tweeted photos of Lackey playing catch down in Fort Myers on Thursday, and it’s safe to say that the right-hander really has shed some weight. In fact, Lackey has never looked so thin in his entire career, and the 12 to 15 pounds that Farrell mentioned might actually be off Lackey’s Little League weight.

A lot of players will talk about trimming some lbs or give bold proclamations about being in the best shape of their lives, especially during spring training after a couple of underwhelming seasons. Lackey is not only talking the talk, though. He’s walking the walk.

Now, let’s see if he walks the walk during the regular season. Check out a rather slender Lackey in the photo below.

Click here to read Lackey’s comments about the upcoming season >> 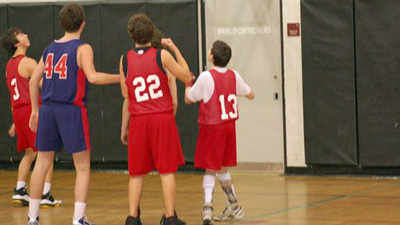