Terry Francona Gets Lost Walking to Progressive Field for Home Opener, Has to Get Picked Up in Golf Cart - NESN.com Skip to content

Francona, who is living in downtown Cleveland during the season, was thankful there were people on the streets Monday morning “because I got lost three times.” Francona joked that he doesn’t have a good sense of direction and was glad someone finally picked him up in a golf cart and got him to the ballpark.

Boston’s manager for eight seasons, Francona said “Cleveland is officially the nicest people I’ve ever met. Everybody I did walk by said, `Hello.’ That’s a little different than I’m used to.”

Francona said he was looking forward to catching a ceremonial first pitch from his father, Tito, who played outfield for the Indians from 1959-64. 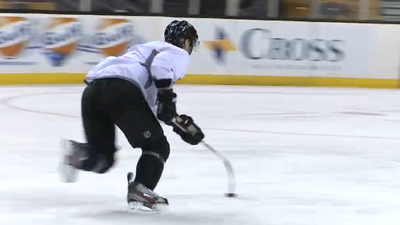