Nobody issued an ultimatum. Through all the starts and stops between the Celtics and Clippers in negotiations that would eventually send him to Los Angeles as the new head coach and vice president of the traditionally lowly franchise, Doc Rivers kept up a cordial relationship with Danny Ainge and even says he was prepared to stay on as Celtics coach for at least one more year.

Rivers stressed these points Wednesday in addressing the media at length for the first time since an agreement was consummated by the Celtics to release him from the final three years of his contract in exchange for a Clippers first-round pick. He wanted to offer his rationale for leaving the franchise he led to its 17th NBA championship, coming within a decent half-season of becoming the second-winningest coach in team history. Even though part of him very much wished to leave the Celtics — hence his departure — he did all he could to insist he never really wanted to leave.

“It’s not like I was looking for a change,” Rivers said in a conference call after he was introduced by the Clippers at a news conference Wednesday afternoon. “This just kind of came about. I never went into Danny’s office, I never said, ‘If you don’t bring Kevin [Garnett] and Paul [Pierce] back, then I don’t want to come back.’ I never said if [Rajon] Rondo‘s back, I don’t want to come back.

“I just don’t know if my time there had run its course.”

Rivers tried to frame his move to L.A. as something he was an innocent bystander in — as something that just happened. When pressed, however, he did offer a glimpse into his thinking and the inner workings of the Celtics’ front office in the final days of his time with the team. Unlike Ainge, who was vague in his news conference on Tuesday evening, Rivers provided some details about the process that ended with his exit.

At some point, possibly in the last month, Rivers sat in Ainge’s office and asked if there was any truth to rumors that other teams were interested in prying the coach away from the Celtics. Ainge acknowledged that the Nets had already requested permission to interview Rivers, he recalled, and Ainge had denied the request because he refused to let Rivers go to a division rival.

The Nuggets, who reportedly entered the discussion at the 11th hour, were never brought up, but the Clippers were. To Rivers’ recollection, what the Clippers could offer as compensation intrigued both him and Ainge. At that point, Ainge believed they would be able to execute the arrangement the NBA later rejected, in which Garnett would also go to the Clippers with DeAndre Jordan, Caron Butler and at least one draft pick coming to Boston.

The deal would have satisfied almost everyone’s desires. Ainge and managing partner Wyc Grousbeck would get the pieces they needed to spark their rebuild, while Rivers would be spared the losing seasons he endured early in his coaching career in Orlando and Boston.

“I told Danny, I don’t know if my heart’s in rebuilding, and I don’t know if it’s not,” Rivers said. “I just needed time to get through the team losing this year. We hadn’t been knocked out this early in a while and it rocked me a little.

“I just needed time. I never thought about Paul or Ray [Allen] or Kevin, when they’d end their careers or anything. I just wasn’t sure I was ready and into doing the job. Me and Danny and Wyc talked about it. I just can’t do something if my heart’s not right. I wanted to wait it out a little bit, and I understood [the Celtics] didn’t have time to do that.”

Typical of negotiations with the tightwad Clippers, reaching an agreement took some wrangling. After the Clippers declared late last week that they would not part with a first-round pick, Rivers assumed the talks were dead. He called Ainge from a parking lot in Gainesville, Ga., before going to watch his son Spencer play an AAU game, to inform his boss he was on board for another season in Boston.

“I’m ready to come back,” Rivers told Ainge over the phone. “I’m in this rebuilding phase. I’m in it 100 percent.”

With that, Rivers turned off his phone, went to watch the game and came to peace with the idea of guiding the Celtics through a bridge year. When the game ended, Rivers turned on his phone to discover “it was on fire” with messages. His agent called to inform him the supposedly dead deal was complete. Rivers was the new coach of the Clippers.

The more Rivers talked on Wednesday, the more his version of events strayed from Ainge’s version. In fact, Rivers’ story suggested things might have been different had he not turned off his cell phone during Spencer’s game. What if the Celtics or his agent had been able to get through to him before the deal was finalized? Would Rivers, who had begun to accept his fate with the Celtics, have killed the whole thing? Probably not, yet despite Rivers’ alleged misgivings about leaving the Celtics, there were clearly plenty of opportunities for him to put a stop to the conversations.

And ultimately, that is the key aspect. Rivers tried to rationalize the situation, claiming he felt a sense of obligation to sign that five-year contract with the Celtics back in 2011, and in a way his reluctance to lead a cellar-dweller after five-plus years of championship contention is understandable. Regardless, he had a contract. He was the highest-paid coach in the NBA, he had the ear of the guy making personnel decisions and he had Hall of Famers and All-Stars falling over each other to play for him. Somehow, that wasn’t enough.

Rivers mentioned, several times, that he did not spurn the Celtics for the Clippers. He was considering taking a break after the season regardless, he stressed, either to go back into broadcasting or to travel on an extended basketball tour. He insisted the Clippers job just happened to come up.

But rather than showing how much Rivers agonized over the decision to leave Boston, that unsteadiness illustrates that Rivers truly was done with the Celtics. When coaching the Celtics was his main option, he wrestled with the decision. When coaching the Clippers became a possibility, he was all-in. He can say all he wants to try to blunt the pain for Celtics fans, to insist that he and his former employer are parting ways amicably, but the fact of the matter was, he just didn’t want to be here anymore. 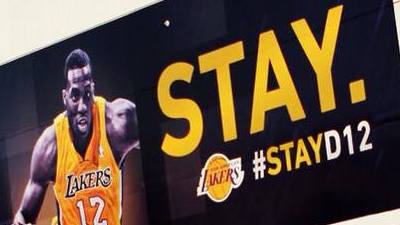