BOSTON — This is not the Jaromir Jagr we used to know — far from it, actually.

Jagr has seen a rebirth of sorts since being acquired by the Bruins prior to the trade deadline. One of the most incredibly gifted offensive players the game has ever seen, the 41-year-old now finds himself on a team that values defense and team play, two qualities that aren’t necessarily at the top of Jagr’s hockey resume.

Yet, in the mere two months since Jagr was acquired by the Bruins, we’ve seen him turn over a new leaf. We can search high and low for the real reason for Jagr’s transformation, but the fact remains that something has changed. Maybe it’s just the chance to play for another Stanley Cup, but Jagr is now doing the little things that never really defined him as a player.

That’s one of the biggest reasons he’s going to back to the Stanley Cup Final.

Jagr has bought into the Bruins’ system, and the Bruins have accepted him. He’s seen the light, so to speak, and while it’s a far cry from the way he used to play, he’ll take the results — the team-based results, that is.

“It’s not about me,” Jagr said in a lengthy session with reporters following the Bruins’ Game 4 win over the Pittsburgh Penguins, which sent the B’s back to the Cup Final. “Of course I like to score. I like to play [a] wide-open game, and everyone would give me the puck, and I’d have a chance to score. It doesn’t work like that anymore. I have to adjust. I enjoy it.

“I can see it’s working. Maybe I wouldn’t be that happy if we were losing all the time, but it works. It doesn’t matter what I think.”

It would be understandable if Jagr was frustrated by his lack of offensive output. He was brought in to jump-start the offense and give the power play a boost, and it hasn’t necessarily gone according to plan in those regards. Jagr scored just two goals in 11 regular-season games with the Bruins, and he’s been held scoreless with seven assists in 16 playoff games.

“A higher power is against that,” Jagr quipped of his inability to put the puck in the net right now. “It’s tough to fight a god. Maybe something great is going to happen, and maybe it’s going to happen in the Final.”

When the goals aren’t coming, it’s incumbent on the player to find other ways to contribute. Jagr has done that, too. He’s been strong along the wall, he’s taking hits to move the puck, and he’s even playing defense like he did in stealing the puck from Evgeni Malkin just prior to Patrice Bergeron‘s game-winning goal in Game 3.

“I do the best I can do, and even not scoring, I’m trying to play defense and good on the boards and help my linemates,” he said. “I’m trying my best. Something doesn’t go that way, but it would be easy life if everything would go the way you wanted, so you have to fight in the tough times.”

Luckily for Jagr, he has joined a team in which the transition has been easy, which in turn makes it easy to sacrifice for the better of the team. After all, it’s much easier to sacrifice for guys you like.

“Of course I feel like [part of the family]. Everybody on this team, starting from the trainers, to the last guy, to management, [they’re family],” Jagr gushed. “I’ve had a lot of fun since the first day I came here. There’s a lot of good players, but nobody acts like a superstar. There’s good team chemistry here. I appreciate any moment. I appreciate that we can go to the Final so we can spend more time together.

“It’s part of that. It’s a team game. This is not [an] All-Star [game] when you pick the best players and go on the ice. It’s a team and about the guys playing on the ice and guys caring about each other in the dressing room. Without that, you don’t have a chance to succeed anywhere.”

Those same teammates have raved about Jagr as a teammate. He’s far from a diva, and it’s clear that he’s accepted his role and bought into the Bruins’ philosophy.

“It just goes to show you, as I said, he’s without a doubt a Hall of Famer, a great player for what he’s accomplished,” B’s head coach Claude Julien said. “But he’s going to be a Hall of Famer because he’s a smart player. Where he is right now in his career, the most important thing is to give us a chance to win.

“Right now he’s happy to be part of a team that’s going in the right direction. He’s bought into that. I honestly think the credit goes to him. I haven’t had to twist his arm. I haven’t had to do anything. Just felt that was the best way for him to help our team.”

The devotion has been rewarded. Next week, Jagr will be playing in his third Stanley Cup Final, but his first since 1992. To put that in some sort of weird perspective, Jagr’s current teammate, Dougie Hamilton, wasn’t even born yet when Jagr last had a chance at the Cup.

That kind of layoff only makes Jagr appreciate his opportunity even more. He’s worked so hard for so long to get back to this stage, and you can be certain he’s not going to take it for granted.

For this Jaromir Jagr, the 41-year-old with a chin dominated by gray hair, it’s all about perspective both on and off the ice.

“The way I explain it, I feel like a 7-year-old trying to be alive and be thankful for everyday on this Earth. With hockey, I appreciate it.” 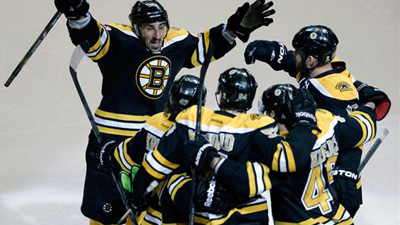 Bruins Use Team Effort to Sweep Away Penguins, Proving Star-Studded Pens Were Far From ‘Lock’ 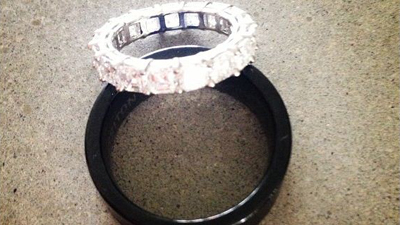